Representing constituents is more than the glory - By Rep. Mike McClellan


The legislature is out of regular session although we will be traveling to Augusta this Thursday to deal with bond issues. Many people do not realize that and so when I run into people I know, they usually ask how it is going in Augusta. The Maine Legislature will come back together in January to officially begin the second and shorter session of the two-year term. However politics and life do go on. Perhaps no rest for the weary applies here.

I recently read a somewhat new congresswomen turning away from a campaign promise to go to Washington to help defund "Obamacare." Her defense was her new found understanding of how things work. She said something like "I use to complain about politicians and now I am one." I guess I know the feeling. The enthusiasm of running for office and being elected become dulled by the realities of Augusta, political parties and of course Washington itself. Our Governor was recently accused of making another inflammatory comment. He says he did not say it and I will choose to believe him, however this scenario has occurred enough to allow the thought that he could have said it. Republicans will support him and democrats will condemn him (of course the same thing is happening with our President in reverse) and life will go on. The Governor's activities do filter down to legislators as we are asked about the situations often. It is a distraction and gets in the way of what we should be discussing with you.

As I am approached about his comments I think about how often this type of "bad behavior" shows up in our society. We currently see national politicians running for major office who have past issues, people in Hollywood who seem to strive to shock us more each day and professional athletes who are paid a lot of money and at times get into major trouble. Our news glorifies these people. You rarely read about that great teacher, a volunteer or someone who simply goes through life in a so called positive way. I find it hard to condemn the Governor when many of the others, are seemingly given a free pass. Perhaps the take-away in this is how we as a society are moving toward a certain comfort level with almost anything goes.

Society is changing, and fast. What we watch on TV may not have even been allowed a few years ago. Our representatives in Washington are creating laws that in some cases, they exempt themselves from. Washington feels too far away and perhaps Augusta does to some of you as well. Looking at issues debated in Augusta this past term, how many were about really helping people and creating jobs? Go to www.maine.gov and read the bill finder to decide yourself. There was a time we looked to certain people in society as role models and heroes. As society has changed definitions and expectations, the lines are blurred. There does not seem to be a clear right and wrong anymore. It depends on the person. Good things do still happen, we may simply just not see it or read about it. America is still an awesome country. The good news is you still can impact things. Start at your home, be a part of your community and do pay attention to the activities in Augusta and Washington. Really consider if elected officials are doing what is best for their constituents. “We the people” still stands for something.

Posted by Michelle Libby at 10:00 AM No comments:


Wedded bliss comes with a lot of work and for Jeanette and Walter Lamb, it has been 50 years of work with four children and lots of love. Family and friends gathered on August 11 to celebrate their anniversary with a surprise party at the Windham Veteran’s Center. The adult children, Jacqueline Gomes, Jeff Lamb, Scott Lamb and Mike Lamb as well as their spouses and children were able to pull off the surprise. “I didn’t know until I was at the door,” said Walter. A buffet dinner was served to the over 100 people in at 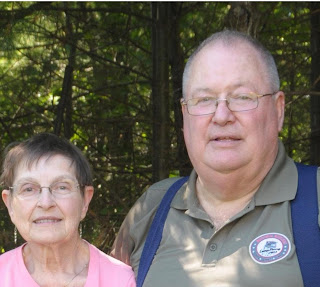 tendance.
Posted by Michelle Libby at 9:00 AM No comments:

The Windham Town Council met on Tuesday.  During the public participation segment of the meeting, Dennis Marcotte of Westbrook, the vice co-chair of the Archangel Committee, announced the 25th anniversary celebration of this sister city project, which will be held at Westbrook Middle School on November 18, starting at 3 p.m.  His intent in speaking to the council was to invite members of the Windham community to attend.

Another issue presented during the public participation portion of the meeting was that of fireworks usage.  Phyllis Dumont brought the issue forward once again.  She has spoken to the council before about this issue, and said that one argument given against having a fireworks ordinance is that it would be difficult to enforce.  She said there are people who will never set off fireworks, those who will do it no matter what rules are in place, and a group of people in the middle.  “The more disincentives that you have against fireworks, the fewer people will set them off,” she said.  She added that just because it’s difficult to enforce doesn’t mean the town shouldn’t try.

Lynn Gull, who lives in the same neighborhood on Woldbrook Drive, also spoke about the issue, stating that it’s difficult to listen to the noise, which occurs late at night, long after 10 p.m.  She said that she doesn’t call the police, but looks to the council to address the problem.  She encouraged the council to go back and review the issue and rethink their position on a fireworks ordinance.

During Councilor comment, Chairman Matthew Noel addressed Ms. Gull to urge her to call the police when fireworks issues were occurring.  The police are who would enforce the ordinances, and who can enforce the state laws, he said.  The police need to know when there are disturbances happening and potential illegal activity so that something can be done as the current law permits, he said.

During the town manager’s report, Manager Tony Plante said there will be a special untelevised meeting of the council on September 5. This will be an executive session for the sole purpose of meeting with the library director candidate.

Plante discussed public works paving and road work.  Windham Center Road has been tested and there are areas of the new paving that do not meet specifications so that work will be redone.  Announcements of road work are made on the town website as well as the Town of Windham Maine Facebook page.

Plante also reported that he received a letter of resignation from planning director Brooks Moore, who will be moving on to a job as a development officer at Avesta Housing.  Moore’s final day will be September 19.  A search process will begin for the planning director position, which is appointed by the manager subject to council confirmation.

Other council business included a vote to waive the town’s policies around the disposal of surplus property to allow the sale of surplus vehicles at auction, which passed unanimously.  Discussions were held on new proposed building fee schedules and on North Route 302 Road Improvement Impact Fees.  The public can access agendas, minutes and watch the recorded meeting on the town website at www.windhamweb.com/topArticleList/Meeting_Webcasts.shtml.

Posted by Michelle Libby at 7:00 AM No comments:

Local artists' work on exhibit at the Windham Public Library


Artwork by John R. Sell, a resident of Gray, are on exhibit at the Windham Public Library now through October 31st. The pieces on display depict Maine's spectacular coast rendered in oil on canvas. John is a Fellow Artist of ASAA and a member of many artist organizations, and his work is displayed at various museums. Stop by the library for a look at these colorful, scenic paintings. The Windham Public Library is located at 217 Windham Center Road in Windham. For more information, library hours, or directions, please call 892-1908. 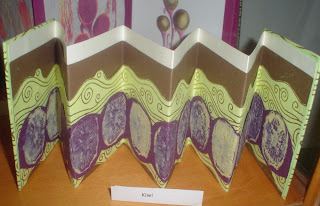 A beautiful assortment of artist books, created by Ann Siteman, is being displayed at the Windham Public Library, now through October 31st. When asked to describe what artist books are, Siteman explained that "many look like a traditional reading book, but [the definition] can encompass books that [can] open like an accordion or can be displayed like a wall hanging or banner.

There is [also] a simple book that can be made by folding and cutting one sheet of paper." Siteman learned the craft through a class at the University of Southern Maine, where students designed and created artist books based on a selected theme. Since that class, in 2004, she has continued to create artist books and attend classes to expand her skills such as printmaking and marbleizing paper. The 11 artist books on exhibit show a real variety of techniques, shapes, colors, and sizes. Stop by the library for a look at these imaginative creations. Call the library for more information, hours or for directions at 892-1908. The Windham Public Library is located at 217 Windham Center Road.

Posted by Michelle Libby at 7:00 AM No comments: 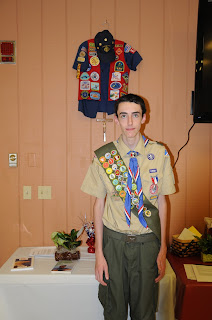 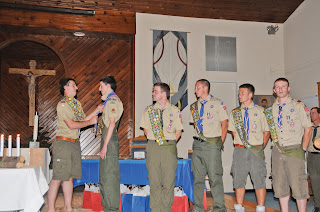 Metayer hopes to attend college and major in computer science. 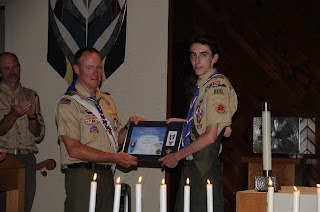 Posted by Michelle Libby at 5:30 AM No comments:


Harold died on July 31st at home in Raymond, Maine on Sebago Lake with his family at his side. Son of Harold Nichols Burnham, Sr. and Margaret Beryl Skinner Burnham, Harold was born in Portland on March 21, 1927, and attended Deering High School (1944) and Bowdoin College (1948). After graduating from Bowdoin, he taught at Scattergood Friends School in Iowa, and led by his commitment to Quaker faith and practice, chose to serve nine months in prison as a conscientious objector in 1949. In 1959, he graduated from the University of Pennsylvania School of Medicine.

Harold married Phyllis Dorn in 1958 at the Oak Street Friends Meeting in Portland. As a young doctor, Harold made house calls, delivered babies and offered hypnotherapy amongst other alternative and preventive medicine services. After retiring from private practice in 1986, Harold worked for the Mercy Hospital Chemical Dependency Program. Harold and his family spent summers in Raymond at Wind-in-Pines, the Burnham family business, moving there permanently in 1987.

Harold had many passions, some of which he pursued until recently. He was a devout Quaker, a ski instructor at Pleasant Mountain (aka “Doc”), a catch-and-release fisherman, an organic farmer, and loved to play tennis, swim, jog, bike, walk the family forestlands, waterski, sail and row on Sebago Lake. Harold rarely missed a moment to talk with people on topics that mattered deeply to them, and to share his stories and listen to the stories of others regardless of the passage of time or the setting sun.

He is survived by his wife Phyllis, son Jonathan, daughter Margo, two grandsons James and Phineas, brother William, two nephews and a niece. A memorial service was held on August 16th.

Posted by Michelle Libby at 5:30 AM No comments: