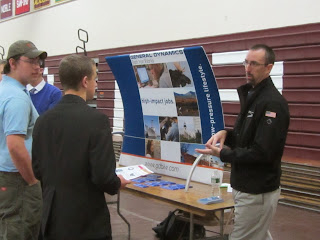 “What lights your fire? What excites you? Get your weird on. Go up to strangers and ask the hard questions,” Bath Iron Works recruiter Mike Ross told Windham High School juniors and seniors last Friday as one of the two keynote speakers for the first career and college fair held at Windham High School (WHS).


Speakers Ross and Vicki Gordan, vice president at UNUM, gave students advice and confidence to reach for their dreams. They also prepared them for walking into the gym where over 50 vendors, from colleges to local business owners were prepared to answer those hard questions. 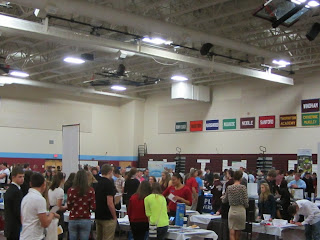 “Your foundation should be networking,” Ross told them. As a recruiter, he spends less than eight seconds on each resume. Job applicants have to get in and wow prospective companies right off.

“It doesn’t get any easier…it just gets different,” Ross added.

The entire event was organized by Nicole Sturgis, the career and college specialist at WHS. She also works with Jobs for Maine’s Graduates/MELMAC Foundation.

“Nicole did this as a one woman band,” said Lisa Gardner, from JMG. “She has such a passion for these kids and trying to connect them with great futures.” 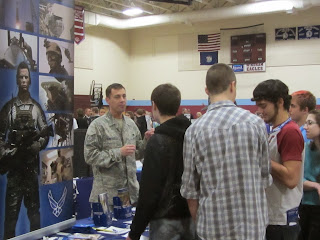 In addition to the vendors, Sturgis also organized a panel of admission officers from CMCC, Saint Joseph’s College, USM and Thomas College. The students were encouraged to ask questions that would help them when applying to any college. The seniors and juniors were split up for the panel and for the fair.

April Libby, from Maine Medical Center, maintains all the legal aspects of the medical records, including rules and regulations. She and her co-workers were at the fair to show students that there is more to Maine Med than just the medical part.

Kate Gower from Tyler Industries was “making students aware that there are good technology jobs here in the State of Maine.” Technology is growing and she’d like to see them stay in the state. 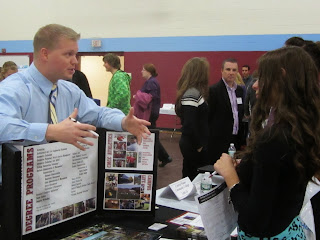 This fair shows the students that they can get their career going if college isn’t for them and it gives the students connections, Gardner said.

Kris-Way Truck Leasing had a table to “educate the kids that we’re out there, that blue collar is still an option.”

“This is a great way for kids to get in touch with the real world,” said owner of Windham Automotive Ron Eby.

Senior Danielle Breton, who plans to study international studies and French, thought the fair was “really helpful. They’re giving us a lot of advice.”

“It’s helpful and we don’t have to travel,” said senior Erick Schadler.

“It’s good to see both sides,” said Jarron Nadeau. “It’s not to know there is an option.”

Sturgis also had raffle drawings for students after they visited tables at the fair.

Principal Chris Howell summed up the assembly by telling the seniors that in five months they will be marching at graduation. “You have a short amount of time to make some pretty big decisions.” 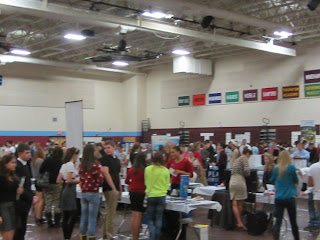 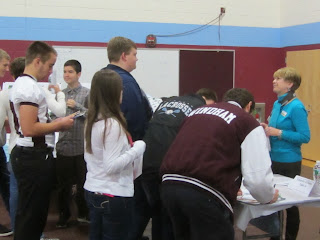 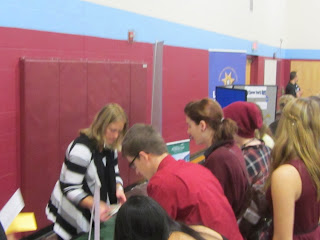 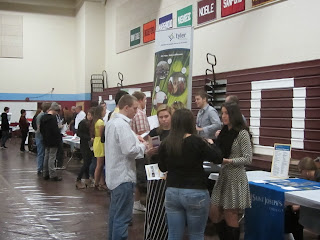 Posted by Michelle Libby at 9:05 PM