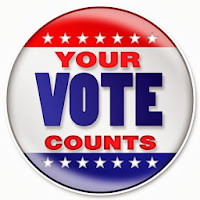 As election day nears the candidates have to answer questions, many times off the cuff. The Windham Eagle asked each candidate the same questions and what follows is a summary of what was said during those phone calls.
Why are you running?


What are the major issue facing the council?


How do you plan to involve the community in the council?


What constitutes a successful council?


How do you balance all areas of your life and public service? 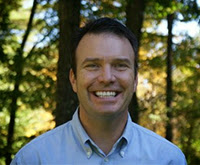 (Kevin Call, the incumbent for town council south, did not return any of our calls or emails.) 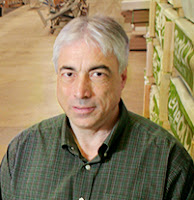 Married with three adult children. “Hopefully the citizens think I’ve done a good job so far. I’m looking to help the town manage its growth. It’s one of the fastest growing communities in the state and we need to upgrade some infrastructure to accommodate that growth.”


Major issue – Planning of growth and up grading infrastructure.
Involving the community – “The council does a good job with its public hearings and public comment. Everything we have been doing usually gets a public hearing two or three times.”
Success – To handle these growth issues and do it without raising the town’s portion of the property tax. Last year the town’s portion went down 1.7 percent, we’re doing a good job managing it and keeping everything as economical as possible.
Balance – “Putting it in the schedule and making it part of your life. It takes a lot of time, but it’s rewarding.”

Robert Muir
Married. “I am running because I want to give the average person more of a voice. I’ve been watching for the last three years and I’ve seen a lot of things I’m not happy with. I’ve got a lot of experience on the council from 2003 to 2009 and I’m well versed in budgets and I’ve been on the standing committees they have. Something needs to change.” 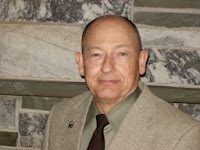 Major issue – “There are a majority of councilors on there that are just not looking out for the average town’s person. The sewer issue is a very good example of that. The residents tried to talk to say it wasn’t something they wanted, yet there was a lot of town money spent promoting that. I have talked to a lot of residents during the campaign and they are just fed up and not happy with the goings on. They just want change.” He also would like the town office open five days a week and would like the council to meet once a week.
Involving the community – “I want to be able to listen to the people. If someone comes before the council with a concern, I want to bring that to a workshop and have a meaningful discussion about it. I’d like to get out in the community. People can call me at any time. I want to end up being their voice.”
Success – “You’ve got to have people who are willing to work together and compromise. The reason you have a town council is because you have differing opinions. You’ve got to be able to discuss it and compromise a little bit.”
Balance – “I don’t think you can totally. If you’re out in the store and people know you’re a councilor they’ll talk to you about something. If you don’t want to put in the time then you shouldn’t be on the council. ” 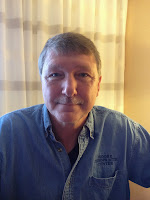 “I’m just trying to be helpful. I’m a businessman and I’ve noticed some ways things could run better or smoother on the business side. Hopefully my experience as a businessman will be of benefit to town planning. I have some time now to be involved in the town I’ve lived in for 35 years.”
Major issue – “I want to be around it before I say what needs to be done or not done. Thirty-five years ago when I came to this town we were planning our town’s future and here it is 35 years later and we’re looking for a comprehensive plan, whether it’s sewer, better downtown, better sidewalks. Basically I want to get involved and see what issues we need to get involved with.”
Involving community – “Until I know what’s broken, it’s hard to know what to fix. I’ve spoken with a lot of people and they’re frustrated.” Using the local channel could be a benefit.
Success – “Everyone’s going to have an opinion and the opinion is steered by the policy that we’re supposed to be judging things by. I have a lot of experience working with people over the years in my businesses. Hopefully I can work across those lines.”
Balance – “We just do the best we can. I’ve always had a lot of things going on at the same time. I feel the need that I have the time and good input. A town is a big business. I look forward to the fun.”

Donna Chapman – Town Council South District
Two adult daughters
“I think I have a different view as to some of the stuff that’s going on, meaning the sewer. There’s a better way to do that without having to cost taxpayers large sums of money.” 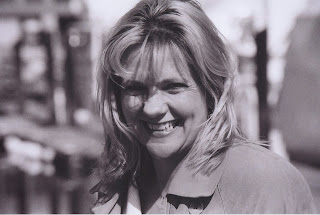 Major issue – “The focus seems to be on economic and community development right now. I think we have to have a plan of action first. Right now is our best time to be planning to get ready for the future. We have so many vacant buildings in North Windham now. I don’t understand why there just seems to be such an urgency with the changes they’re making. What’s our ultimate goal? At what cost? We just need to be more realistic with that, especially right now when we’re shutting off streetlights in town, and we can’t fund the skatepark, but we can lose $100,000 on a purchase (WEDC selling land at Angler’s Road and Route 302).”
Involving community – Gather the community together to throw ideas out there. “I think there’s lots of different things we can do to engage the community again. We need to recognize we have some great assets in the citizens in our town. Why aren’t they coming in? Are they feeling shut out, left out, like their voice doesn’t matter? Well it matters to me. And that’s why I’m running again. We need to work really hard to bring people back to volunteering in our town.”
Success – “Unison. You’ve going to have some unison, not just having somebody show up to place their vote. We need to take action to help make sure there’s follow up. We need to work together with our state representatives and our Washington DC delegation to attract funding to our community.”
Balance – My daughters are 21 and 22, so it’s a little bit easier this time around.”


What are the biggest issues concerning RSU14?


How do you plan to work with other board members who are not from your town?


How do you plan on getting the public involved in our schools?


How do you balance and separate home life, work and public service?

Three school-aged children. “I received notes from the school and I had some experience with boards and I thought I could give back to the community and help.”
Biggest issue – “I’m not really sure what the issues are.” She is concerned with the Common Core Standards and what’s being pushed upon the schools. She also wants to make sure that “schools are a safe place for learning.”
Across town lines – “I hadn’t thought it would be an issue. I’ve been on national boards with people from all over the country.”
Involvement – “To continue with the town sending out notes.”
Students learn best when they… “feel safe and secure and when you can customize the teaching to the way that they learn.”
Balance – “The gift of the women our age. We’re just going constantly. It’s something I do normally with work and home life. You kind of carve off the pieces you need to focus on and just get it done. I don’t see it being an issue.”

Pete Heanssler
Three school-aged children. “I’m not out to change anything. I have three young children in the early stages of their education and it’s very important to me to be involved in that whole process and have some input when decisions are needed.”

Biggest issue – “The introduction and implementation of the Common Core Standards based learning approach. That seems to be bubbling up as a pretty hot topic right now. And I think it’s just important right now to get as much information out in the district so everyone has a true understanding of what that means and what’s involved.”
Across town lines – “I’m all about being fair. It’s a collaborative effort. We’re two communities that we need to take care of the educational needs of.”
Involvement – “It’s more of a challenge than having the schools themselves getting involvement. It’s got to be a promotion of our website, whether it’s emails or newsletters. It’s important that people know what the issues are within the district.”
Students learn best when…”there is participation from the parents at home.”
Balance – “It’s a balancing act just like anything else that we do outside of our normal responsibilities. I just finished up coaching two different soccer teams. You just find ways to make it happen. I have a very supportive wife, who will help to create the time for me to attend these board meetings.” 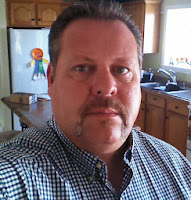 One school-aged son. “Basically I wanted to get involved with the school system. I didn’t even realize it was a political position last year. They needed volunteers and I thought I’d help out. Now I’ve talked to more of the board members. I got very interested in the process.”
Biggest issue – Implementation of the Common Core Standards. “I understand why we’re doing it, to make sure that kids aren’t left behind in a two year experiment that could fail. I’ve seen roll out after roll out after roll out and it’s only as good as the people on the ground. I’m not going in thinking there is a great problem. Also, how we’re going to use the buildings between the two towns. Redistricting is going to come up again.”
Across town lines – “I’ve never been in there. Hopefully we’re all adults and we’ll listen and try to do what’s best for the district and the taxpayers.”
Involvement – “I have some ideas. I would love to see some type of Facebook page where people can post their concerns and questions.”
Students learn best when… “one size doesn’t fit all. A lot has nothing to do with the school, but how the parents work with students and the school. Windham has a good environment for learning.”
Balance – “I have a job that I don’t have to work more than eight hours a day. I spoke by email with a board member and she said it takes a lot of time.”

Posted by Michelle Libby at 6:28 PM