Former State senator Bill Diamond announced last week that he is running for the State senate in District 26, which includes the towns of Windham, Standish, Raymond, Casco, Baldwin and Frye Island. Diamond, who is also a former Maine Secretary of State, served in the Maine Senate from 2004 – 2012 when he was prohibited from seeking reelection due to term limits.

“The political fighting in Augusta must end if our state is to move forward,” said Diamond. “I understand the issues we face and have a record of working with people of all political persuasions for my district and our state.” 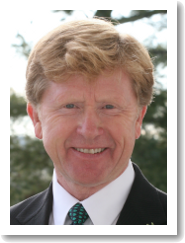 Diamond is a local businessman who has founded and co-founded six small businesses in the Windham area since 1980. He is a former teacher and school administrator in Windham and Raymond. In 2008 Diamond initiated and co-founded Windham Neighbors Helping Neighbors, a local volunteer organization that raises funds from donations to buy heating fuel for local people who have no other options to stay warm during the coldest months of the year.

As the former senate chair of the legislature's budget writing committee, Diamond helped negotiate five bipartisan state budgets and has proven his ability to work with both republicans and democrats in the legislature.

Diamond is also the author of the acclaimed book, The Evil and the Innocent about children who have been or are being sexually abused. Their stories and how many were rescued are documented in the book along with extensive research on the need for more efficient sex offender laws.

Diamond’s enthusiasm to go back to work in the senate was summarized when he stated, “We can do better for our people – I think I can help!”

Posted by Michelle Libby at 9:37 PM