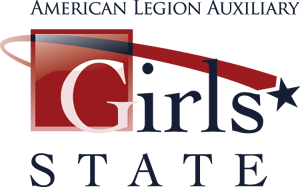 This is the most pressing concern in the support of these wonderful programs, financial support. Over the past few weeks American Legion Post 148 has been providing informational articles in this paper to generate interest on the part of our high school juniors to attend their respective State conventions. This is a great opportunity that the American Legion has been sponsoring for many years. Currently there are at least 11 interested students. Unfortunately, the Post resources limit our sponsorship to one girl and one boy each year. Last year we were able to send five students due to the generosity of members of the local business community who took up the challenge and sponsored a student. 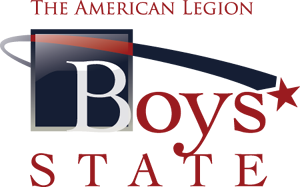 The Post would like to extend the offer again this year to any citizen, organization or business who would like to insure that a girl or boy from the junior class get to see first-hand democracy in action. Full sponsorship for Boys State is $275.00 (as has been for the past three years) and Girls State is $300.00. Full or partial funding would be greatly appreciated. Please contact finance officer and post adjutant Dave Tanguay at 892-1306 if you have questions or can sponsor a candidate to this worthy cause. If you would prefer to remain anonymous, you may send a check to American Legion Post 148, PO Box 1776, Windham, Maine, 04062.
Thank You.


Posted by Michelle Libby at 4:04 PM No comments:


At a luncheon on Sunday, three local residents were honored by the Veterans of Foreign Wars District 10 board at the VFW hall in Portland.

Megan Joy, an eighth grader at Windham Middle School, was honored for her first place finish in the Patriot’s Pen essay writing contest. She also won the State of Maine title. She will attend Windham High School next year. She received prizes including a certificate, check, backpack and decorative pins.

Windham High School senior Anne Libby won third place in the district for her verbal essay on “Why I am optimistic about our nation’s future.” She also received a certificate, check, backpack and decorative pins as well as a bronze metal. Libby will attend the University of Maine at Presque Isle in the fall to major in criminal justice.


Fourth grade teacher Deb Luce was named the VFW Teacher of the Year for citizenship in district 10 as well as for the State of Maine. Although she couldn’t attend the ceremony on Sunday she did say that she was “extremely honored, humbled and thankful.” She was given a pen and clock set in addition to other items. Luce does a lot with remembering and honoring veterans. Her son is on active duty.


Posted by Michelle Libby at 4:01 PM No comments:


On March 6th, the Maine Supreme Judicial Court ruled to deny Friends of Raymond Cape’s (FORC) Rule 80B Complaint to require the Town of Raymond to issue a moratorium on certain development applications, regarding the parking space for Frye Island. With over 200 signatures in support of their cause, FORC sought to have the project denied as it wasn't in line with Raymond's comprehensive plan.

All sides are trying to find a solution for the near 50-car parking lot that has been asked for by the Town of Frye Island.  Residential and environmental issues have been at the forefront of this two year long process, with traffic and safety concerns also playing a vital role. The initial suit was originally denied by the planning board amid questions of unsafe conditions with traffic, as well as "green space" and storm water potential.

"Ideas of creating a commercial standards lot in a residential area have spurred high emotions in this complex and sensitive case. With this latest ruling by the Supreme Court, the Town of Frye Island would need to submit a new/different application, or wait a year to submit the same one, in going forward," said Raymond town executive assistant Danielle Loring.

The proposed park and ride/lot is meant to ease congestion at the ferry landing, and minimize traffic backing up onto Cape Road, but the most recent plan submitted by Frye Island was denied, deemed too small for its intended use. "It’s a near 26 acre piece of land, with 15 percent of it proposed for the park and ride. Land owners and residents feel their concerns should be addressed with its construction," said Loring. Representatives on this issue for Frye Island could not be reached for comment.
Posted by Michelle Libby at 3:57 PM No comments:

Crossroads board and staff announcements

SCARBOROUGH – Crossroads, which offers Maine’s most comprehensive treatment for behavioral health with a gender-specific focus, recently elected new members and officers to its board of directors. In addition, the nonprofit agency welcomed four new staff members and promoted six.

Cheryl Goulet of Saco; Tracy Jamison of Scarborough; Bryce Libby of Lewiston; and Leah Sciaba of West Newton, MA, joined the board. Emily Semenchuk of Hollis was elected to president and treasurer. Tim Sample of Portland was elected to vice president.

New hires
Crossroads recently welcomed four staff members. Lesley Rawlings, of Kennebunk, joins the Crossroads senior management team as director of development and communications. Alexandra Turchioe of Portland was welcomed to the Boulton Center for Women and Children as a case manager.

Rachel Thurston of Saco was hired as the front desk administrative assistant in Scarborough. Also in Scarborough, Bonnie Datson from Cornish joined Crossroads as a bookkeeper.
Staff promotions

Jennifer Jordan of South Portland was promoted from clinician to clinical supervisor at the Boulton Center for Women and Children in Windham. Also in Windham, Andrea Jahna became the program manager for the Children and Mothers Program. Erin Flaherty of Standish became the house manager for the Back Cove Residential Program in Portland. Flaherty was previously a personal care coordinator.

Posted by Michelle Libby at 3:56 PM No comments:

WINDHAM - The Sebago Lakes Region Chamber of Commerce would like to congratulate the businesses that have been awarded with our Professional Development Scholarship thus far in 2014.

In keeping with the mission and vision of the SLRCC, the purpose of the Professional Development Scholarship program is to provide a business, its owner and employees with the opportunity to participate in professional development activities that will benefit the business and/or employees professionally.

Each scholarship awarded allowed individuals to attend conferences and/or training that will assist them in their professional roles and serving the communities of the Sebago lakes region.

To learn more about the Professional Development Scholarship and apply, visit www.SebagoLakesChamber.com. Funds are still available for 2014. Available to chamber members only.
Posted by Michelle Libby at 9:16 AM No comments: