One of the missions of the REAL School, which is part of RSU14, is to create opportunities for service learning. The school is “an adventure- and service-learning-based alternative and special education public school with minimally restrictive components of day treatment for students with social, emotional, behavioral, and academic needs from RSU14 and several other districts in Southern Maine.” Many of their projects benefit communities from Windham to villages in the Dominican Republic. 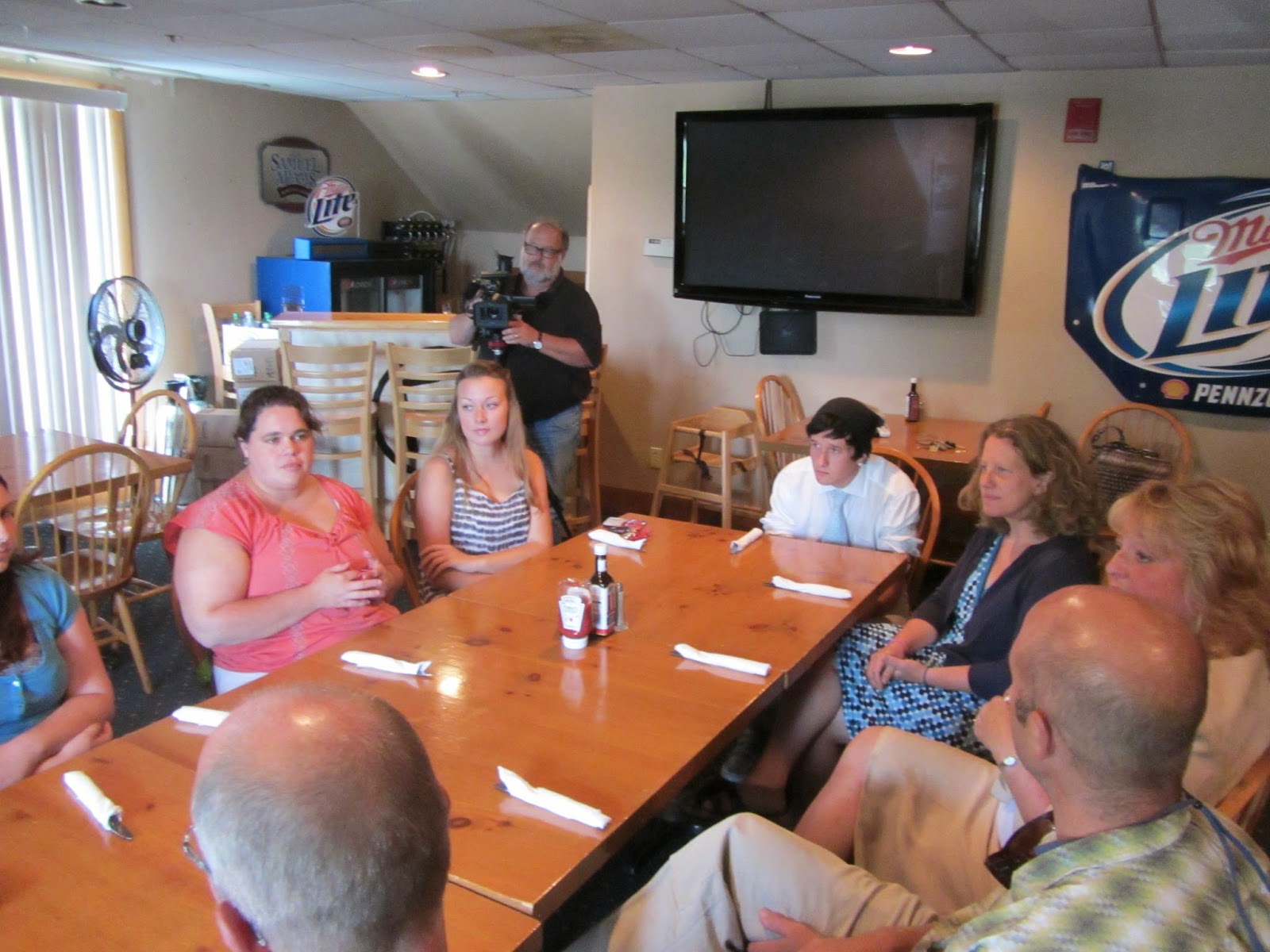 “This will enhance what is at the heart of our school. This is a really nice partnership,” said REAL School counselor and the new Interact advisor Susan Burns Chong. 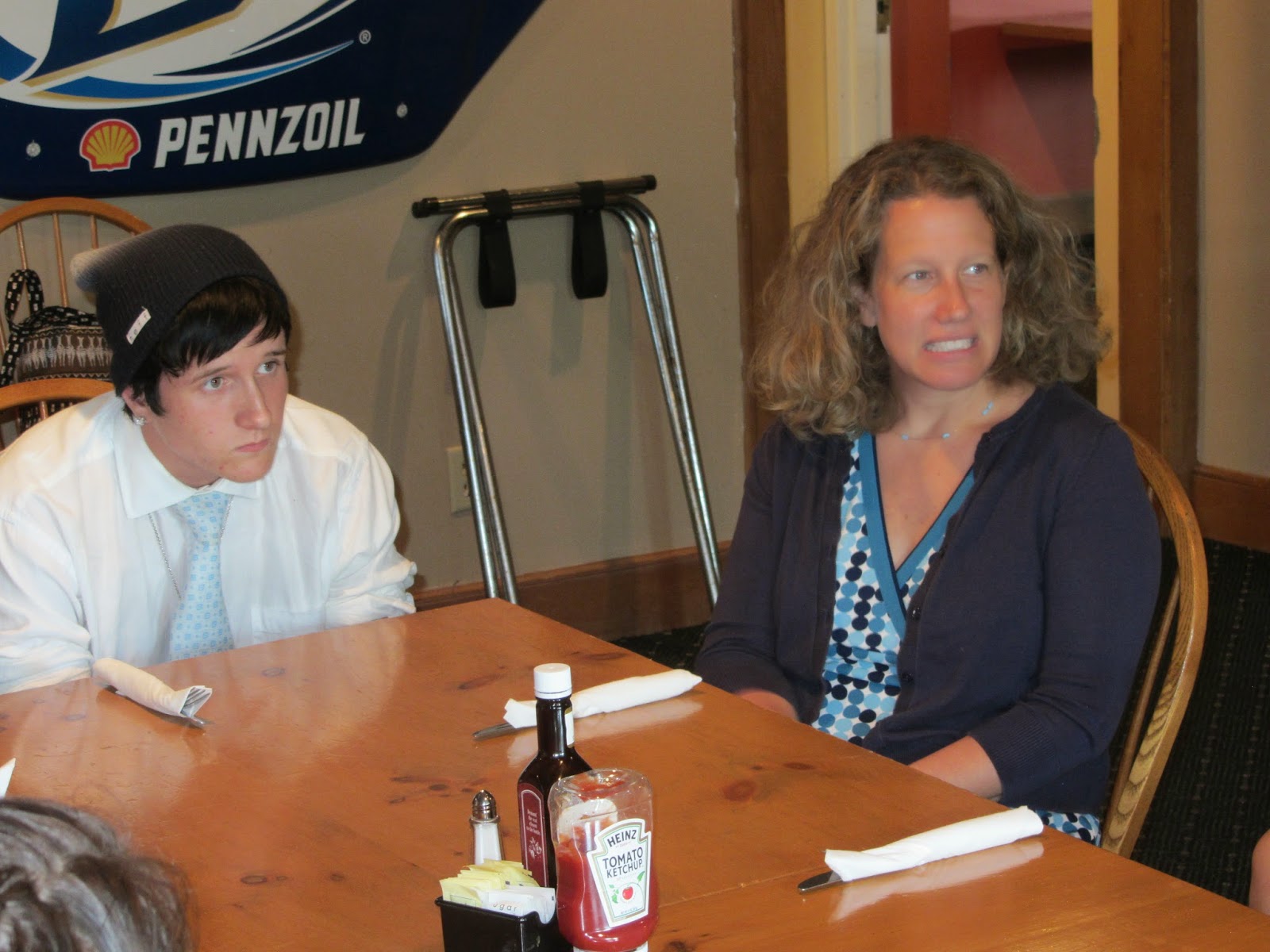 “They are service learning component allies. We look for opportunity to engage students as problem solvers and active contributors and by partnering with Sebago Lake Rotary Club so those opportunities will be more accessible for us,” said Burns Chong, who added that the school has been approaching the Rotary club for years to raise money for its annual trip to the Dominican Republic and the turtle conservation trip to Florida and it was time for the students at the school to give back to Rotary. 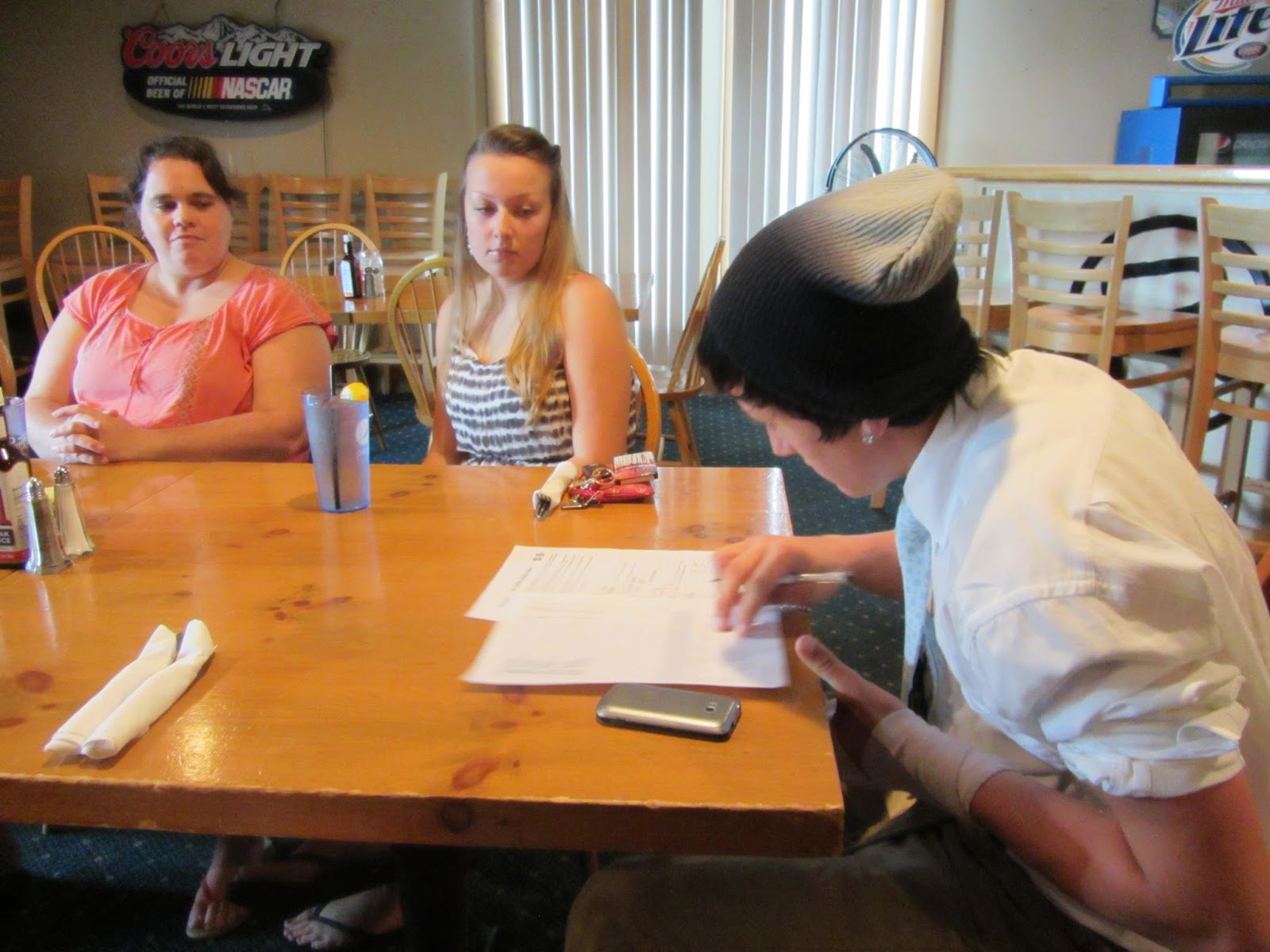 Clare Woodman organized the signing and VanDeventer signed as the representative for the REAL School.

Events the group is excited about being a part of are a barbeque at Unity Gardens in Windham on August 14, a food packaging day at the Maine Mall toward the end of the summer and a Feet for Food walk on September 21.

For more information about the school, visit www.realschool.org or call Susan Burns Chong at 207-415-0996.

Posted by Michelle Libby at 8:50 PM No comments:


Retired Colonel and community leader eager to meet with voters

WINDHAM – Stuart “Toby” Pennels of Casco has been nominated to be the Republican candidate for Maine Senate District 26 which includes the towns of Baldwin, Casco, Frye Island, Raymond, Standish and Windham.

Pennels was nominated by Senator Gary Plummer and approved by members of the Cumberland County Republican Committee during a Thursday night caucus in Windham.

Pennels has an impressive record of service to both his country and his local community. Toby served in the United States Army and Army Reserves. He completed three overseas tours which included a total of 32 months in a combat zone. During his last tour in Iraq, Toby commanded a brigade in Baghdad. Pennels retired from the Army as a Colonel. In his civilian life, he is a financial advisor who has been very active in the community. Toby has been a member of the Sebago Rotary Club for 13 years and is a former president of that organization. He has also chaired the Sebago Lake Ice Fishing Derby. He is currently a member of the Windham Veterans Association, American Legion and Veterans of Foreign Wars. Toby’s first venture into public service included a 12-year stint on the Windham- Raymond School Board of Directors. There he served as chair, vice chair and finance committee chair.

“The State of Maine faces many tough issues right now. I firmly believe we need to send someone to Augusta who can bring a fresh perspective to study the challenges and address them head on,” Pennels said. “That is the main reason I want to serve in the senate; to identify problems and solve them. Finding solutions is what I have been doing my whole life, both in my military service and on the school board.
“I understand first-hand the impacts poor budgeting and broken promises from Augusta can have on our local communities. During my service on the school board we routinely had to make up for budget shortfalls or reductions in funding from the state. It is not right and it is not fair. I am running because I believe there is a better way to do business in Augusta.”

Senate Republican Leader Michael Thibodeau (R-Waldo) said, “Toby’s background will make him an excellent fit for the Senate. He is a proven leader and a constructive fact-based problem solver. He is also someone who can and will get things done at the State House. There is no question that Toby Pennels should be serving our state in Augusta.”

Cumberland County Republican Committee Chairman Eric Lusk said, “It is very exciting to have someone of Toby’s caliber running for senate. The voters in District 26 are going to have a clear choice in November. I believe when they learn about Toby, his record of service, and his ability to take on challenges; they will agree he is the best candidate to serve them in Augusta.”

Toby and his wife, Brenda, are longtime residents of Windham but have recently moved to Casco. They have three adult children. Toby is a graduate of Windham High School and the University of Massachusetts. He is the owner of Penn Investment Services and specializes in long-term growth stock portfolio management.

Posted by Michelle Libby at 8:43 PM No comments:

A notification to parents of children attending the Summer Lunch Program at 55 High St. I am sorry to inform you that due to the poor attendance at this free lunch program, it has been discontinued as of Wednesday, July 16. If we can establish a need and guarantee a reasonable attendance of children next year, there is a strong possibility of restarting the program.

For the few children who did benefit, we would like to thank the volunteers, Saint Joseph’s College, the RSU14 School Department and everyone who worked to bring this program to Windham.


The Sebago Lake Rotary Club was honored to present their third and final Paul Harris Fellows Award for this year to Steve McFarland at their recent meeting.

McFarland of Windham/Raymond Adult Education has been a dedicated Rotarian spearheading many projects over the years but most recently his efforts to engage the club in the End Hunger Outreach packaging program last fall has now developed into a Rotary District project which will take place at the Maine Mall in South Portland on Sept. 27th. They expect to package over 16,000 meals for local food pantries. 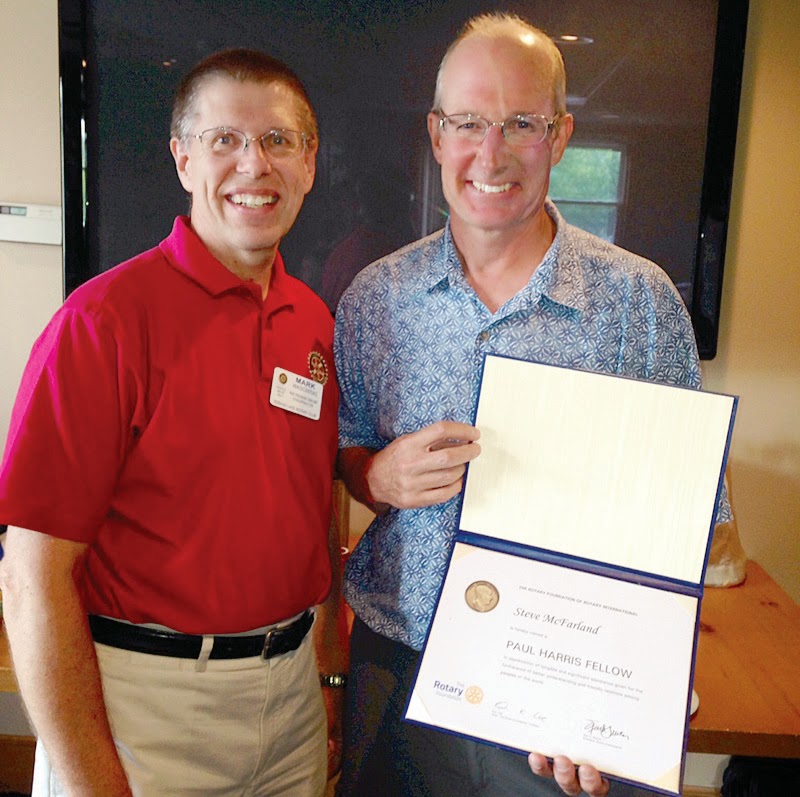 This new strategy positioned the derby to have one of its most successful in many years this year. If you would like more information on the End Hunger Outreach packaging event you can contact McFarland at smcfarland@windhamraymondschools.org.


Local Legislators Worked with Transportation Committee to Increase Visibility of Town
WINDHAM – Senator Gary Plummer (R-Cumberland) and Representative Tom Tyler (R-Windham) are pleased to announce that as part of the Maine Turnpike Signage Plan, the Town of Windham will be named on the Turnpike signs at Exit 63.

Windham will not be added to the directional signs right away. It will happen as part of the overall turnpike signage update program.

Senator Plummer said, “Even with the widespread use of GPS devices, having Windham named on these signs will be very significant to both businesses and residents.”

Senator Plummer said, "Wayne is great to work with.” Although he moved away from Windham many years ago, he still has family here and always looks out for our interests.”

Tyler stated, "It is sometimes difficult to stay on top of all issues that must be handled by each of the 16 joint standing committees. Wayne never hesitated to sit down with Gary and me to discuss this, or any other transportation issues. As someone who has owned and worked for businesses in this town all of my adult life, I am pleased that we have been able to help make this happen for Windham.”

Posted by Michelle Libby at 2:25 PM No comments: