Two Windham residents train like an Olympian - By Michelle Libby


Almost 30 swimmers from the area spent five days in Colorado Spring, Co., last month living and training like Olympic swimmers at the United States Olympic Training Center. Joe Paluso and John Giberti, both from Windham, went as a part of the Westbrook Seals Swim Club, where they train and compete year round.


“They gave us the Olympic athlete experience, what it is like to be an athlete, eat right, multiple practices a day. It’s a lot of hard work,” said Paluso, who is a senior at Windham High School this year. 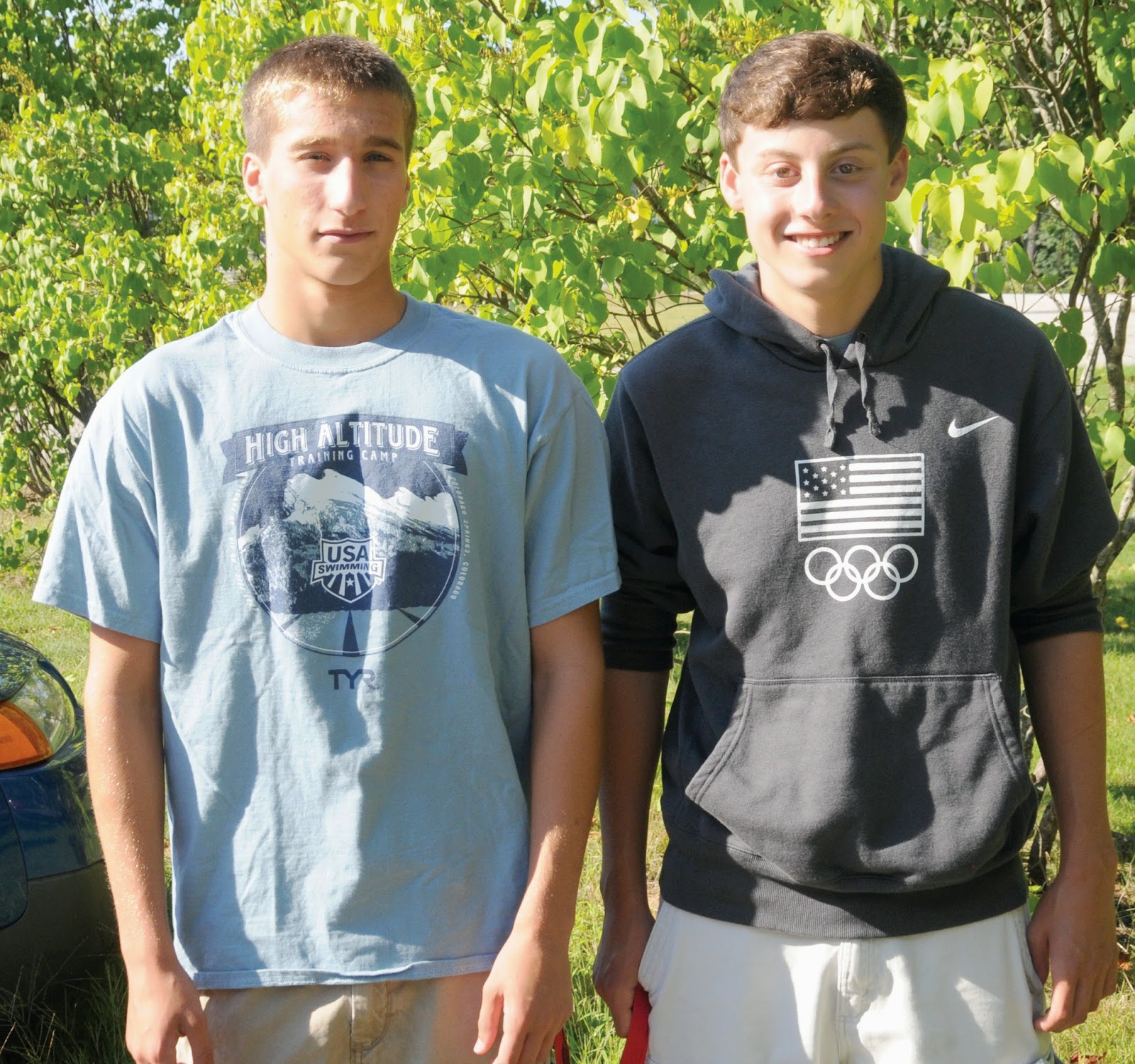 The team lived in the dorms, ate in the dining hall and had two swim practices, two dry land practices and classroom time, every day. “The 10 to 15 practices get to you,” Giberti, a junior at WHS, said. “After the second two hour training session our muscles got tired. Walking up the stairs was a challenge. After the second day, I got tired of dorming on the third floor.”

Seals coach John Smith didn’t realize that this opportunity was out there for all swimmers until this year and he put a trip together quickly. “This gives the kids something different. It’s where some of the elite athletes go to try this great experience and train for themselves,” Smith said. Using Olympic facilities, learning techniques from Olympic coaches and having access to video training tools, worked together so the athletes were able to tweak their skills.

The other challenge the swimmers faced was the altitude. At over one mile above sea level, exercising means that dehydration sets in faster, your lungs and heart have to work harder to pump the blood around the body.

“Walking up stairs, you get out of breath and your heart rate gets up a lot higher,” Giberti noticed. When he got home he was doing his 100 races much faster than he had been before the trip.

Paluso is a distance swimmer focusing on the 500 freestyle and the 100 breaststroke for high school and he adds the mile swim for Seals. Giberti swims the 100 freestyle, 200 freestyle and 100 butterfly.
The goal for travelling to Colorado according to Smith was, “We’re aiming for a high level meet.” Right now his swimmers are going for the sectional qualifying time, which is the first rung in the ladder to junior Nationals, then senior Nationals, which are also referred to as Olympic trails (“Really fast,” Smith added.) Then there are big meets like the US Open and Pan Pac. Paluso is at the sectional level and Giberti is getting close, Smith said.

It only costs $45 a day for use of the Olympic facilities, housing, food and pool, he said. It’s open to all US residents. The big cost is the plane ticket.

They saw Olympic athletes from wrestling, weightlifting, volleyball and equestrian, they said. The swim athletes were at a world meet in Australia. “There were other athletes in the same boat, from para-Olympic athletes to gold and silver medalists, they’re just regular people just like us,” Smith said.

When asked how this experience will affect their Windham High School swim careers, Giberti said, “High school swimming is a lot better now.”

Paluso added, “Regular practices seem a lot more tame.” Their goals are to win the southwesterns championship again as a team.  And get the fastest times they can.

“The trip itself was pretty intense,” Paluso said.

“We will go again,” Smith said. He’s coordinating with NH coach Jared Selker to go every two or three years. Smith recommends that no matter the sport, if the opportunity to do something like this presents itself, do it.

Paluso and Giberti both are interested in attending med school in the future and swimming will feature prominently.

“Swim is really hard. To get good it’s going to be hard,” Giberti said.

For more about the Seal swim program call 632-6379 or email sealscoach@sealsswimming.org.
Posted by Michelle Libby at 2:36 PM