Honors band and orchestra plays with students from 37 schools


Last week, students from Windham Middle School and Windham High School attended the District II Honors band and orchestra where they played with students from 37 different schools after only practicing for one day as a group. The follow students were recommended to audition and made it into the groups: 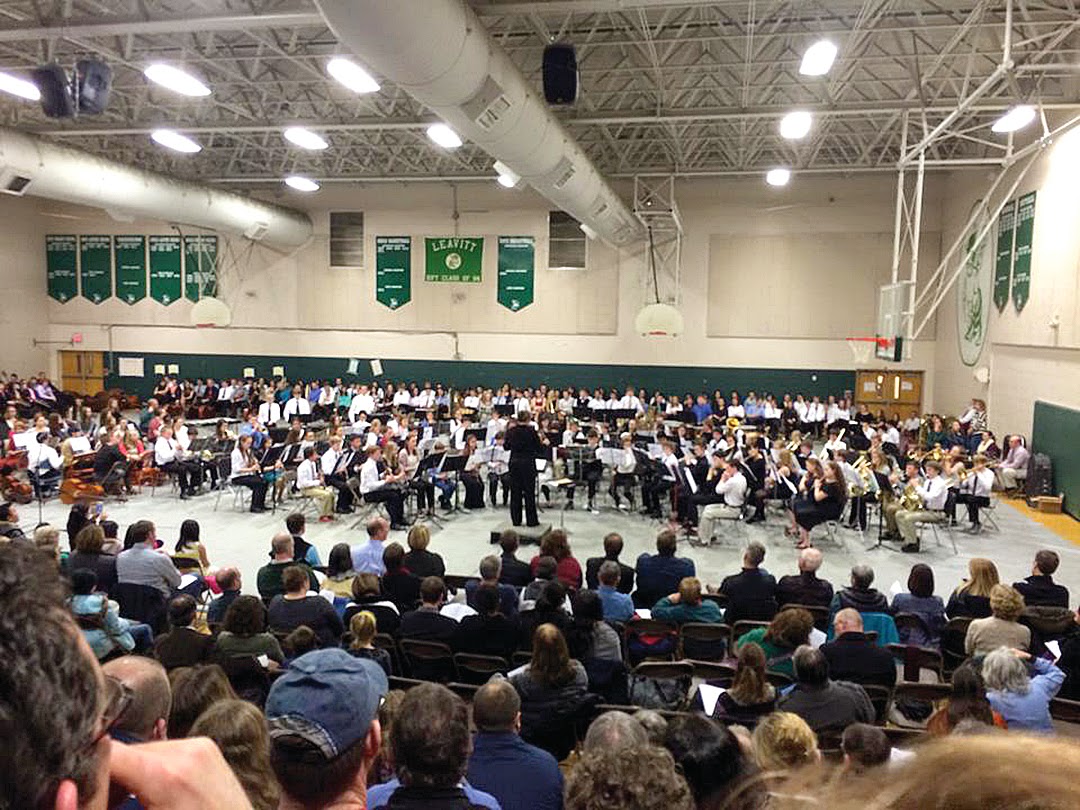 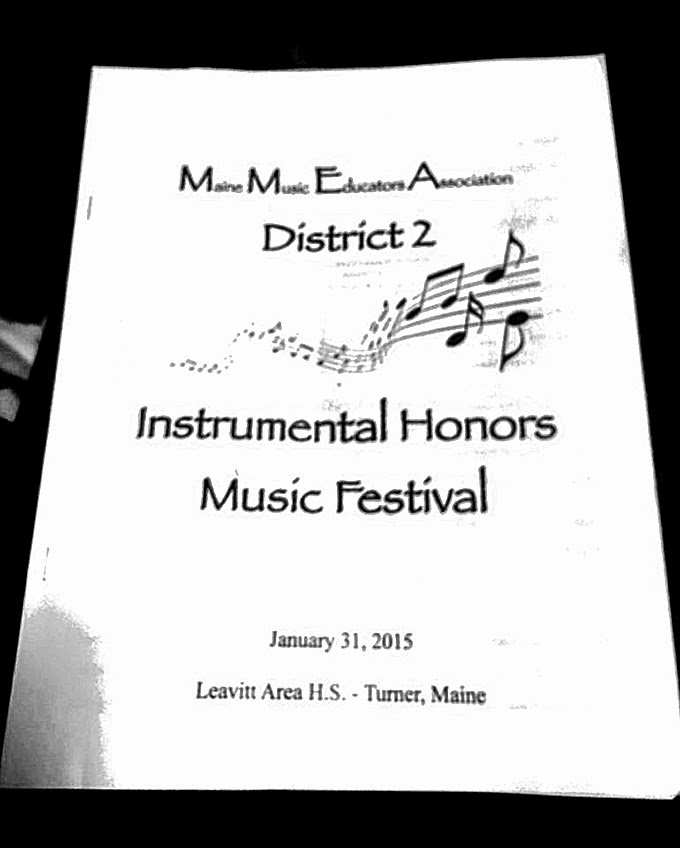 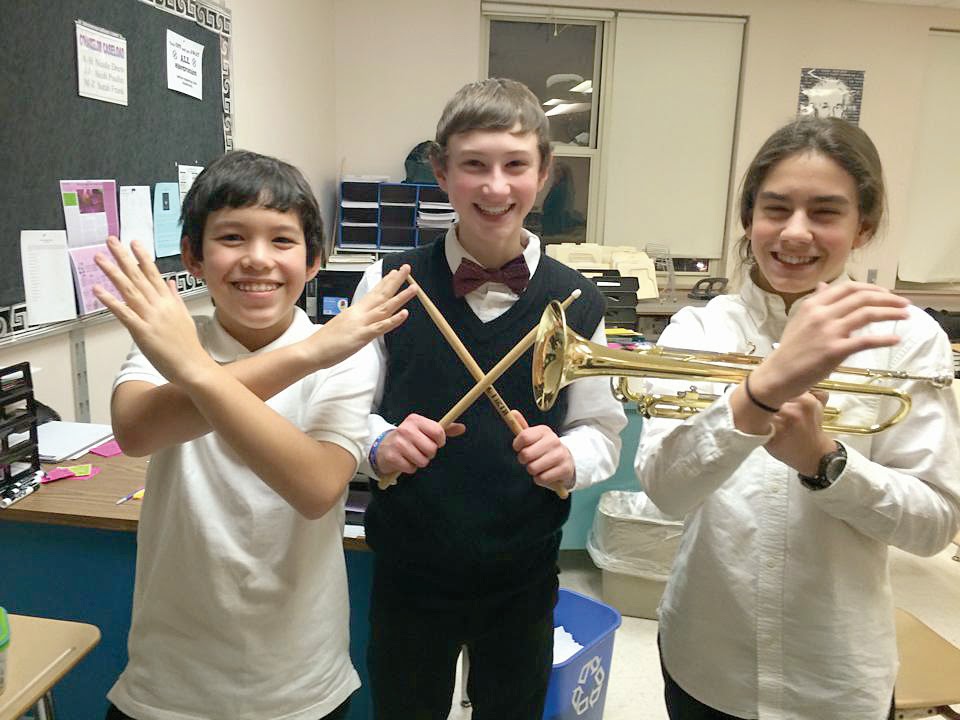 Donated truck will help with safety and efficiency - By Michelle Libby


Soon the Windham Fire – Rescue Department will be putting a new to them 2012 Ford ¾ ton truck into service. The truck that is being lettered and striped, will go on the road as soon as possible.

Last June, Kaile Warren and his longtime partner Donna Leith approached Chief Charlie Hammond about donating money to pay for a service truck for the Fire-Police division of the department to carry the cones, road barricades and other necessary equipment to block off roads.

Historically the Fire-Police have always carried the barricades and cones in their own vehicles and trucks.

“Fire-Police are responsible for Traffic Control at emergency scenes. They are available to both the Police and Fire Departments. Up until now they had to respond with and carry their assigned equipment in their own vehicles. They often have had to leave their own vehicle running on scene for hours to provide warning lights and temperature control,” said Chief Brent Libby.

According to Warren, the purchase of a new van for this purpose was going in the municipal budget for next year.

“It was inconvenient and lacked efficiency,” he added. “I looked at how I could make a donation that would make the town more efficient and safer.”

Soon after Warren offered the $20,000 donation, Toby Pennels was in the accident that eventually took his life.

Warren said he had offered the money “long before I ever thought about jumping into the State Senate race at the very last minute. I had asked Chief Hammond to keep this under wraps during the campaign, because I did not want the wrong impression, and he did.”

Warren considers this a different type of donation, and said that most people consider donations of land or to non-profits. He recommended purchasing a used truck to save the town money. The truck that was purchased has 25,000 miles and was bought at Yankee Ford.

“I think it is important for people to consider what their towns need when thinking about gifting. This gift saves Windham Taxpayers $20,000 and it improves the overall efficiency of the fire and rescue operations. One of the most important factors in an emergency is securing the site to protect workers and the public in general. Getting traffic under control is an important process, one that will now be done more easily,” Warren said.

“While they will still need to use their own vehicles for some of the response’s this vehicle will be able to handle many of the calls as well as carry the needed equipment to properly close a road and set up detours,” Libby concluded. “We are so appreciative for the donation!”

Posted by Michelle Libby at 9:14 PM No comments:


Maintaining the transportation infrastructure for such a large and rural state like Maine is a challenge. The needs of travelling Mainers and visitors are directly reliant on the quality and upkeep of our roads, rail, air and ferry services. Recently, the Maine Department of Transportation (MDOT) unveiled its 3-year Work Plan for major construction projects for all transportation modes; smaller construction and maintenance projects; plowing and summer road maintenance; bus, rail and ferry operations; sidewalks, trails and more. All-in-all, the plan totals over $2 billion in direct investment in Maine’s infrastructure and economy.


While the amount is significant, it is greatly needed. Just to give you an idea of the scope of the operational costs involved at MDOT, approximately $1 million is spent for each average snow storm in the state. Severe storms such as freezing rain and ice usually cost even more, due to the increased need for road maintenance. Whether they are plowing, sanding, or otherwise improving highway safety, MDOT crews do their best to keep all of us safe when there are dangerous road conditions.

This direct investment in our roads and infrastructure will also boost our state’s economy in many ways through solid and good-paying jobs within the construction industry and the positive effect on local businesses connected by their presence.

As a member of the Legislature’s Transportation Committee, I am pleased to report that the municipalities in our Senate District are scheduled for multiple construction, maintenance, and paving projects resulting in millions of dollars of needed highway and local road improvements. Additional projects include bridge repairs, bike and pedestrian upgrades, new traffic signals and increasing drainage capacity. In fact, the MDOT 2015-2017 Work Plan total for our district is $10,465,639. These investments will vastly improve our infrastructure, as well as increase the safety of our roadways.

I am hopeful we will also be able to provide funding for additional projects as the need arises. I will be holding public forums focused on further discussion of the infrastructure needs throughout the district. Please stay tuned for updates on when and where these gatherings will be held. It is very important to hear directly from those whose travel daily on our roads and bridges.

While we still have a few more months of winter before we can start seeing these projects in action, the complete Work Plan details can be viewed at www.maine.gov/mdot. The website also offers an interactive feature which allows a search for projects by municipality. Please feel free to contact me at diamondholly@aol.com or (207) 287-1515 with any feedback or concerns that you may have.

Posted by Michelle Libby at 10:29 PM No comments:


The Raymond Republican Party came together at the town broadcast studio on January 21st to celebrate recent successes and look to build on those successes in 2015. Meeting participants arrived to discuss what worked in the recent election and current events. The local party also learned how the state and county republican committees are already hard at work to stay ahead of the voting cycle. In local elections a slate of Raymond candidates was approved to serve in 2015. This group includes: Chair: Marshall Bullock; Vice Chair: Joe Bruno; Secretary: Greg Foster; Treasurer: Mike McClellan.

Republicans uphold public service as both an honor and privilege. We believe in limited government and understand that citizens should not be subject to unreasonable taxes. They expect their elected individuals to display professionalism and accountability for all boards, commissions, and committees.
The Raymond Republican Party welcomes your involvement. To learn more about our principals, our efforts or to get communications from the party, contact Raymond Republican Party at Raymondrepublicans@gmail.com.

Posted by Michelle Libby at 8:26 PM No comments: