As part of a community service project and a recruiting drive, the members of the local DeMolay chapter gathered last week to give away backpacks filled with school supplies to anyone who wanted one.


The kid-run organization has its origins back during World War I. “We are a service group. A fraternal organization that does charitable things to help out the community however we can,” said member Sean McGloin.

This past week, they decided to create 50 supply-filled backpacks to give away. They organized, purchased the items and set up the event all in seven days. 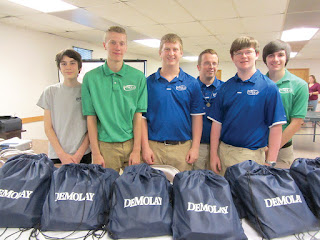 From trips to SeaDogs’ games, to the Red Claws or to Boston, DeMolay is more than just a group of boys hanging out.

“It’s an organization where if a guy wants to do something and it’s legal and morally right, they just have to figure out where, the cost and when?” McGloin said.

One of the members wanted to do a fundraiser to raise money in honor of his mother who had been diagnosed with breast cancer. The boys made ribbons and gave them away for donations. It’s up to the members to decide what is important to them.

They are part of an international organization that they feel comfortable with at home or abroad.
“It’s something you can talk about. I instantly feel a connection. It feels like a family,” said McGloin. They even call themselves brothers. Anytime there is a local DeMolay event, the membership makes sure to invite the Yarmouth chapter or the Rainbow Girls (the counterpart to DeMolay) and vice versa.

The adults are called advisors and often have the nickname “Dad” going back to war time when many of the fathers were off fighting. The DeMolay advisors were stand-in male role models.

“We make our own committees and teach leadership skills,” said member Sam Knowlton.

The Windham DeMolay chapter has approximately 10 members, but can have up to 101. Many of the boys are also part of the state chapter of DeMolay. 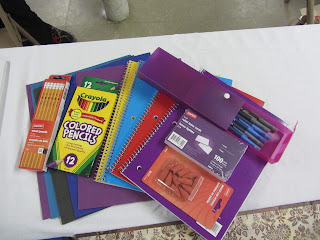 DeMolay provides many opportunities to travel and attend events. The meetings and events are not mandatory.  “You get out of it what you put into it,” said McGloin.

Who can be in DeMolay? Any boy between the ages of 12 and 21 can be a member.

“Anyone who wants to better their life and be a good citizen,” described Knowlton. Members are asked to believe in a “higher power” whatever that means to them.

“I’m a member for the friendships I’ve made. I can be who I am. No one’s going to judge me for that,” said McGloin. The boys come together from all over the area. Some attend Bonny Eagle, others Windham and Knowlton is home schooled.

Cathy Dodge’s son Aaron is in DeMolay, first in Windham, then the state and now in California. “I can not imagine what he would have been like without DeMolay. He felt like he really fit. It’s where he became the best him,” she said.

The group meets in the Masons Hall on River Road. There are still bags left over. If someone would like one or would like more information about DeMolay, they should contact Richard “Dad” McGloin at 653-4640 to set up a time to meet. DeMolay meets on the first and third Tuesdays of the month at 7 p.m.

For Rainbow Girls, contact cewdmon1@hotmail.com or call Cathy at 618-3043.
Posted by Michelle Libby at 5:00 PM