The election to be held on November 3, only has one contested contest in Windham and there is no one to vote for in Raymond. Voters in Windham will vote for two town council seats, an at-large seat, the only contested race between incumbent Dennis Welch and challenger David Lydon, and a west 3-year seat with Timothy Nangle running for that position.

Windham voters will vote for the two seats on the RSU14 board. Dawn Dillon and Marjorie (Marge) Govoni are running for the 3-year seats they presently hold. Linda Morrell is up for reelection for her town clerk position. 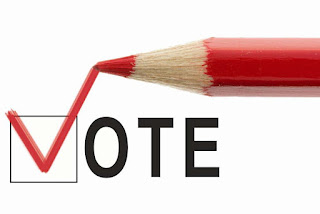 In addition to the board openings, voters in Windham will vote yes or no on a referendum question asking for $7.7 million bond to replace the public works and school transportation and maintenance facility located on Windham Center Road. The town council recommends a yes vote.

On the State of Maine ballot there are three issues. Number one is the Citizen’s Initiative asking: “Do you want to change Maine law to allow publicly financed state candidates to qualify for additional funds under certain limits and rules in the Maine Clean Election Act, to improve the disclosure of who pays for political ads, and to increase penalties for violations of campaign finance law?”

The final bond issue is: “Do you favor an $85,000,000 bond issue for construction, reconstruction and rehabilitation of highways and bridges and for facilities and equipment related to ports, harbors, marine transportation, freight and passenger railroads, aviation, transit and bicycle and pedestrian trails, to be used to match an estimated $121,500,000 in federal and other funds?”

Voting begins at 7 a.m. to 8 p.m. at the Auxiliary Gym at Windham High School. Raymond voters will be at the Jordan-Small Middle School from 7 a.m. to 8 p.m.
Posted by Michelle Libby at 1:09 PM