Student of the week - Elise Bisson


This week’s student of the week is Elise Bisson, a 10-year-old who attends Jordan-Small Middle School and will now be in sixth grade.

Elise’s favorite subject is math and when she grows up she would like to be an orthodontist. 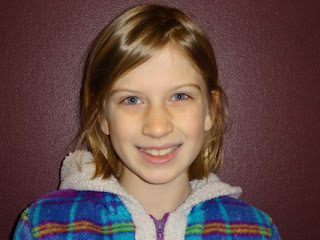 “Elise’s positive attitude and calm demeanor makes her a joy to be around and to have in class.  Peers described Elise as ‘a hard worker who always follows the rules and a lot more.’  Another peer said, ‘Elise is a caring girl and when someone is sad, she always works to help them and make new friends.’  When she’s not dancing or hanging with Alice, Elise enjoys horseback riding and basketball,” said the team who selected her as student of the week.

Elise likes to learn new things and feels education is important “because when you grow up you need to know consequences and responsibilities because your parents are not going to tell you for the rest of your life,” she said.

Elise lives with her mom and dad, brothers, Jack and Braeden, her dog Rocky, cat Holly and bird Sunshine.