Suicide prevention: Knowing the signs and knowing where to turn for help

Suicide is a terrible tragedy. It devastates families and sends traumatic shock waves through our entire community. In the aftermath, it has many of us asking ourselves why and trying to figure out what could have been done differently to save a life. While there may be no definitive answer in each case, it can’t hurt to be armed with the facts, aware of the signs and know where to turn for help in a crisis situation. 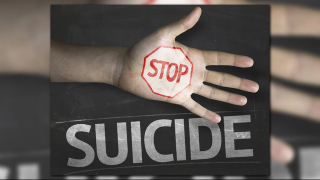 In Maine, the rate of suicide has increased significantly over the past fifteen years. According to a report from the National Center for Disease Control, Maine’s suicide rate jumped more than 27 percent between 1999-2016. While the increase in part reflects national trends, it’s still deeply troubling. With so many Mainers struggling with mental health, we need to make sure we do everything we can to prevent suicide in our schools, in our families and ultimately in our communities.

To start, it’s helpful to become familiar with possible warning signs. The CDC has identified twelve different signs that could indicate someone is a suicide risk. The signs range from changes in behavior to more obvious expressions of suicidal thought. The signs include feeling like a burden, isolation, feeling trapped, increased substance abuse, increased anxiety, increased anger or rage, extreme mood swings, expressing hopelessness, dramatic changes in sleeping patterns, looking for access to lethal means, talking or posting about wanting to die, and making plans for suicide. If someone you know and/or love is exhibiting these types of behaviors, I urge you to check in on them. Whether they are considering suicide or simply struggling with their mental health, it cannot hurt to let them know that someone cares.

It’s also crucial to know what to do if someone is at risk. The National Suicide Prevention Lifeline recommends following five simple actions steps to reduce someone’s risk of suicide. The first step is to ask them point blank if they are or have ever considered committing suicide. This may seem jarring but it’s important to be upfront and non-judgmental to get the facts. The second step is to keep them safe. Identify the methods of suicide that they have considered and do what you can to eliminate those methods as options. The third step is to be there as a support system. Check-in regularly so an at-risk individual knows they are not alone and that someone has their back.The fourth step is to connect a potential suicide risk with robust mental health resources. As friends and family, we can only do so much. Mental health professionals are an essential part of suicide prevention. The final step is to follow up. Reminding someone with suicidal tendencies or thoughts that you care on a regular basis can reduce the likelihood of suicide.

Finally, it’s critical that Mainers know where to turn for help. As a state, we are fortunate enough to have several resources to help families and communities deal with this serious issue. If it’s an emergency, the best place to turn is the Maine Crisis Hotline, which can be reached at 1-888-568-1112. The hotline essentially serves as a one-stop shop around the clock for emergency assessment, intervention and short-term mental health treatment. It works efficiently to connect individuals with appropriate crisis response services in their communities. In Cumberland County, adults are connected with the Opportunity Alliance and children are connected with Sweetser. Both are widely respected organizations with a number of trained professionals prepared to get you and your family through this crisis. Another option is the national helpline which can be reached at 1-800-273-8255.
While we cannot bring back those whose lives were cut short due to suicide, we can raise awareness, improve mental health education, get rid of the stigma and get the facts. Knowing what to look for and where to turn for help could save a life.

As always, please feel free to contact me at diamondhollyd@aol.com or (207) 287-1515 if you have any questions, comments or concerns.

Posted by The Windham Eagle at 7:40 AM