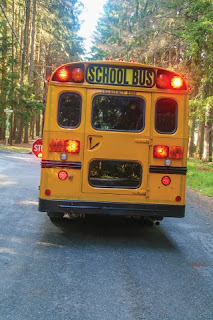 The RSU14 Withdrawal Committee met on Wednesday evening, November 14 at the Broadcast Studio, 423 Mills Road in Raymond to examine the details of the next step in withdrawing from the district and to consider the ways to engage the community in the discussions.

Educational Consultant, Mark Eastman and Lawyer Daniel Stockford were invited and present at the meeting along with committee members: Teresa Sadak, Rolf Olson, Joseph Bruno and Kate Leveille. This meeting is considered the eighth step in the 22-step withdrawal process.

Among the many topics discussed included but were not limited the following:

Bruno wanted to clarify that the final decision and step within the upcoming activities may develop into a negotiated compromise and withdrawal may or may not happen. Sadak concurred with Bruno’s statement adding that the 2015 withdrawal efforts were the outcome of a compromise and not a failed effort. “In 2015, we could have chosen to withdrawal from the RSU14 district but opted for the compromise,” Bruno added. “At that time, we didn’t have lawyers in that process and Windham took advantage of the loop holes in the contractual agreement,” Bruno continued, explaining the reason for the new withdrawal attempt and negotiations.

Stockford stated that state law allows 90 days to complete a withdrawal and reach an agreement. Noting that the time frame is nearly impossible to reach, he informed the committee that an extension
can be requested and will most likely be accepted. Stockford advised the committee to set aside a meeting on high priorities which would most likely need to be done during an executive session.

The focus of an executive session would include a discussion on strategy, negotiations and proposal ideas.

Committee members were all in agreement and wish to seek the thoughts, concerns and priorities from the Raymond public. One suggestion to encourage public engagement is by holding a workshop in the near future.

The RSU14 committee’s next meeting will be an executive session.

For more information regarding the RSU14 withdrawal and the committee meeting or to obtain full details and other agenda items discussed, visit the town website at http://www.raymondmaine.org or call the town office at 655-4742.