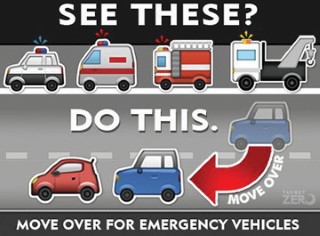 The bill, LD 546 “An Act To Enhance Highway Safety by Strengthening the So-called Move Over Law” increases the minimum fine for passing a stationary emergency or public service vehicles with its emergency or service lights on from $250 to $350.

“The ‘move over law’ keeps police, emergency responders and public service workers safe while they do their jobs,” said Sen. Diamond.  “I hope this bill can serve as the start of a conversation about strengthening safety protections for those who keep us safe.”

In December of last year two Maine State Troopers were injured, in two separate accidents a week apart, when their cruisers were struck by passing vehicles. These incidents caused Maine State Police to step up their enforcement of the “move over law.”

LD 546 faces further action in the Transportation Committee, as well as votes in the Maine House and Senate.