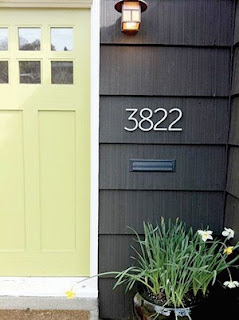 In the event of an emergency at your home, will public safety personnel be able to quickly and easily locate your home, so that they can arrive as quickly as possible?


House numbers that are visible from the road and are easy to read are critical for fire and rescue personnel. The best place to place the house number is at the road at the head of your driveway, using three inch or four-inch reflective numbers, visible from both directions, placed high enough to be above snow banks, and kept clear of branches and brush.

Placing clearly visible numbers on the house or garage itself is acceptable, too. Keep in mind, though, that emergency vehicles can be delayed if they must look for the house number on the house as they are driving down your street.

“Not placing a number in the front of your home that can be easily seen from a moving vehicle, has delayed response in a lot of cases,” stated Raymond Fire Chief, Bruce Tupper. “Whether it is a medical situation or a fire that is contained inside the house and is not visible on the outside, not having a number – or the wrong number, can be a life or death situation.”

Tupper explained that sometimes numbers are on the houses but are obstructed by overgrown brush or painted over.

He also mentioned that there are times the wrong number is on the house due to a change in town addresses. This can have detrimental effects on one’s neighbor and the quick medical attention that is needed for survival. “In another town I once worked in, we were called to a victim having a heart attack,” began Tupper. “We were given the address and arrived at the ‘correct’ house – only it was no longer the correct address. The owner admitted that the address had changed years ago but he had not changed the address on his property.”

Chief Tupper reiterated that house numbers be put on the house or near the entryway of the home  and be visible from the road in a moving vehicle. “Putting your number on a tree or a barn is not helpful,” Tupper said. “The last concern we should have is searching for the house number. Instead, we want to focus on the issue at hand, providing the most positive outcome in an emergency situation.”

Placing the numbers on both sides of the mailbox is an excellent way to display them, too. However, there are many private roads in Raymond, with multiple mailboxes placed at the end of the private road.  Mailboxes with house numbers on them are important to the US Postal Service for mail delivery, but if the house driveway itself is not numbered, emergency vehicles cannot know for certain which house is yours!

Every second counts in an emergency. Please help emergency vehicles find you. Free numbers for Raymond residents can be picked up at the Raymond Fire/Rescue at 1443 Roosevelt Trail if cost is an issue.