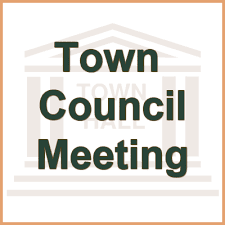 The Windham Town Council held a workshop on Tuesday evening, May 7 at 6 p.m. at the Town Hall in the Council Chambers room.

Among the agenda items, two important issues were discussed: Commercial (C3) proposed zone
changes from the planning board and the proposed amendment to the Animal Control Ordinance.


Amanda Lessard, Planning Director and Tom Bartell of the Windham Economic Development Corporation spoke to the Council regarding the proposed zone changes as recommended by the planning board. The proposal from the board was to replace the definition of construction services and add contractor services and contractor storage yard be added to the C-3 Minor (three or fewer heavy trucks). The Planning board voted on this proposal, four to three.

Lessard explained that seven members of the public address the planning board. “Four individuals spoke against the amendment,” she began. “Their comments included concern about additional development along the Route 302 and the potential environmental impacts. It was suggested that it did not align with the C-3 intent to provide an area for a mixture of light commercial uses and single-family housing.”

Lessard stated that three individuals spoke in favor of the amendment and their comments included that these proposed uses are similar to other uses that are already permitted in the zone, and there is a need for these businesses in town.

The second major topic of discussion was presented by Windham Police Chief Schofield, where he addressed the changes made with the second draft of the Animal Control Ordinance which was reviewed and edited by the Town Attorney.

Dog licensing and kennel licensing language updates were made. One section of the ordnance that was discussed in depth was the “Dogs at large” section which states, “No dog under the control or care of any person shall be permitted to leave the property of that person unless the dog is on a leash of suitable strength not more than 30 feet in length, or under direct voice command or electronic collar control. Voice or electronic collar control shall be defined as an immediate response upon voice command or stimulus application and return to within arm’s length of the owner or person on control of the dog. Any dog so found may be impounded by the Animal Control Officer as set forth in Section 81-6 of this Ordinance.”

Other verbiage that was discussed was the issue of animal noise. In the propose update, it states, “no owner shall permit or allow any animal to bark, howl or make other sounds common to its species if such sounds recur in steady, rapid succession for 10 minutes or more or recur intermittently for one hour or more.”

Both agenda items were discussed at length among Town Council members. The issues will be up for public comment for those who wish to speak in favor of or against the proposals and amendments at the Tuesday, May 28 regular Town Council meeting.

For full details of the meeting and other agenda items discussed, go to the town website at www.windhammaine.us.

Posted by The Windham Eagle at 5:47 AM