The Raymond Board of Selectmen held a meeting on Tuesday, July 9 from 6:30 a.m. to 7 p.m. before entering into executive session for an annual review of the town manager.

The evening’s agenda included an approval of the Gore Road Agreement with the Town of Gray as well as an update on the RSU14 withdrawal process. 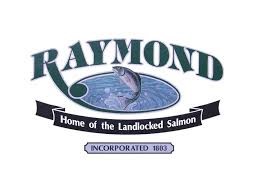 Briefly, the first segment of Gore Road starting at the intersection at Webbs Mills Road in Raymond is a publicly accepted town way. As one travels toward Little Sebago Lake, the road becomes a private road, for approximately ¼ of a mile -and then at the Raymond/Gray town line becomes a public roadway again in the Town of Gray.

The Town of Raymond currently plows and maintains the public way portion of Gore Road located in Raymond but does not maintain the private portion of the road. The issue is that this section of the road, which is used by both Raymond and Gray residents, is filled with potholes, causing damage to both public and private vehicles. Since the private road is a major connecting point between the two towns it has become nearly impassable, causing damage to both private and public vehicles – not to mention the lack of safety from a patient care standpoint.

The road’s condition is beyond capacity of the private landowners to improve. Additionally, what makes this private road unique is that it is a thoroughfare, and not a dead end as is the case for most private roads.

Through many discussions between the two towns, public works directors and municipal attorneys, Raymond Town Manager Don Willard has described the proposed resolution as a “creative solution to a unique situation. It is a win-win for both towns.”

A resolution has been developed and written between the two towns in which there is a quid pro quo exchange of services. The resolution is both cost effective and financially neutral. Presently, the Town of Gray has a contract with a private plowing company, and thus, the plowing agreement will begin in 2021. The Raymond Board of Selectmen voted unanimously to have Willard sign the agreement.

An update on the RSU14 withdrawal process was discussed by Chair, Rolf Olsen. He stated that working on the separation agreement and that subcommittee work is in the beginning stages. The Budget Committee, which is working on the outline of the Raymond school budget, needs more volunteers.

“We would prefer that someone who has a stake in the school system, and a member from the community be involved,” stated Selectmen Marshall Bullock who is also the Chair of the Withdrawal Budget Committee for the RSU14. “We now have a Select person, and a member of the Raymond Budget Finance committee on board. We would prefer that the persons are willing to assist in the development and see all facts before forming their opinion.”

The committee will first look at the cost of physical assets (computer technology and facilities maintenance) with the student services portion of the budget as a second part of the process (superintendent, nurse, guidance counselor).

Another subcommittee will consider resurrecting the “One Raymond” concept. The intention of this approach is to explore all assets available within the town without duplicating services for both the town and Raymond schools’ needs. An idea borrowed from the Town of Cape Elizabeth, the purpose is to improve efficiency by sharing assets, personnel and functions between town and school to minimize property tax impacts.

The next RSU14 withdrawal meeting is scheduled for Tuesday, September 10.  That meeting will have both a public side and possibly an executive session depending on where things are with the withdrawal agreement.

For more information, contact the Raymond Town office at 207-655-4742, or to watch the full meeting: www.raymondmaine.org/video-archives