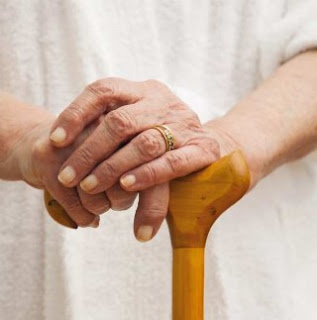 A bill sponsored by Rep. Jessica Fay, D-Raymond, to ensure cooperation and coordination between government departments when developing policy and providing services to older Mainers was heard Wednesday by the Legislature’s State and Local Government Committee.

“Maine is the oldest state in the union, and the population of older Mainers is growing rapidly,” Fay
said. “We need to be as prepared as possible for the demographic changes we are facing. While the Office of Aging and Disability Services housed in the Department of Health and Human Services has increased its focus on issues facing older Mainers, codifying that work to a Cabinet level offers a way to elevate the conversation beyond services provided to planning and allowing for better visibility and interdepartmental collaboration.”

The bill, LD 1733, An Act To Ensure Comprehensive Interdepartmental Planning, Coordination and Collaboration on Aging Policy, would create an “Aging Cabinet.” Based on the same concept as the “Children’s Cabinet,” it would be tasked with promoting interagency cooperation for dealing with the issues faced by older Mainers. It would consist of representatives of multiple departments and agencies, including the Department of Health and Human Services, the Department of Transportation, the Department of Labor, the Department of Economic and Community Development, the Department of Public Safety, the Department of Defense, Veterans and Emergency Management and the Maine State Housing Authority.

In her testimony before the Committee, Jess Maurer, executive director of the Maine Council on Aging, said “as we enter this new era of longevity, it is time to be more intentional and thoughtful about promoting and supporting vigorous interdepartmental collaboration and coordination…”
The State and Local Government Committee will hold a vote on the bill on Feb. 5 before facing further votes in the House and Senate.

Fay, who represents part of Casco, part of Poland and part of Raymond, is in her second term in the
House.  She serves on the Legislature’s Environment and Natural Resources Committee and the Inland Fisheries and Wildlife Committee. She is also the House co-chair of the bipartisan Legislative Caucus on Aging.