The Windham Town Council met on Tuesday, February 4 at the Windham Town Council Chamber Room at 6:30 p.m. The first item on the agenda, presented by the town attorney, was the discussion and possible decision on the Marijuana Licensing Ordinance Proposal based upon the previous Council meeting discussion on January 27th. The attorney addressed the revisions that were implemented from that meeting. 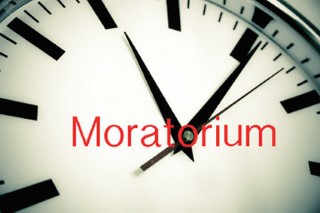 Discussions included the selection process of Adult Use Retail Stores that includes a point system, specifically how that point system will be applied and how it can be put into practice. Other issues of the proposal included establishing an education fee to be set aside in order to support any educational opportunities

Concerns and issues debated included, but were not limited to the following:
1) How the point system may be weighted for those who have owned previous retail use stores, eliminating possibility of new business owners.
2) Criminal violations and whether it should be included after 10 years of violation, in and out of state.
3) The continued concern regarding youth exposure to cannabis.

After approximately two hours of discussion, it was decided to declare an emergency moratorium because “the Code of Ordinances is insufficient to prevent serious environmental and public harm that could be caused by the location of new or expanded Marijuana Cultivation Facilities within the Town, thereby necessitating a moratorium to provide an opportunity for the Town to review and amend its Ordinances to mitigate the potential impact and harm of such uses.”

Council Member, Rebecca Cummings pointed out that to have waited to address these issues prior to accepting medical care facilities in the town would have made the town more prepared to sufficiently tackle the above concerns, specifically as it relates to public harm.

Council member, Dave Nadeau made the motion to suspend the rules to look at the ordinance regarding marijuana cultivation facilities. Seconded by Rebecca Cummings. An emergency moratorium passed unanimously.

“This is being done as an emergency to create action plan and to hold a public hearing within 60 days,” explained Interim Town Manager, Barry Tibbits. “Once the proposal is approved – if it is approved - the moratorium will go away. This only acts as a pause button.”

The Town of Windham currently has the following cannabis businesses, in terms of “Project Type” within the city limits:

To learn more about this topic and other issues discussed at this Council meeting or previous meetings and workshops, go to the town website at www.windhammaine.us/ where one can find the minutes and recorded video version of the meetings. All meetings are televised live on the local cable channel as well as on Facebook live.