Terms such as “social distancing,” “self-quarantine”, and “flattening the curve” have become mainstream vernaculars in our everyday vocabulary since the onset of the COVID-19 virus.

However, whether one is quarantined due to suspected exposure, as a result of being in a high-risk category, or simply remaining at home to help prevent the spread of infection, some may find themselves unprepared for the feelings of loneliness and isolation that may follow. Those who may be hardest hit with the solitude factor are those who live in rural areas and belong to an aging population.

To prevent the possibility of loneliness among the elderly and shut ins in Raymond, the town has 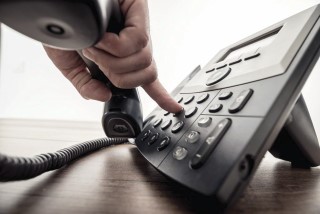 instigated a phone tree initiative to check in during these very unusual times.

“Although social distancing is a necessary response to the coronavirus, it has the added effect of social-isolation,” remarked Raymond Town Manager, Don Willard. “We are very concerned about the elderly in our town – especially those who do not have the ability to get out of the house. We want to be proactive by checking in on our residents who are considered our most vulnerable population.”
The concept of the phone tree was a group effort between Willard, Rep. Jess Fay and Deputy Chief of Emergency Services and Health Officer, Cathy Gosselin.

“As I started to recognize the guidance we were receiving in our legislative sessions regarding steps to take [resulting from COVID-19], it occurred to me through my association with Raymond’s Age Friendly community that there are at-risk folks in town,” stated Rep. Fay. “But I wasn’t sure how we could reach out to these people.”

From there, Rep. Fay contacted Willard and Gosselin, whose office holds the data on individuals identified in the group where concern is greatest. The three officials met to discuss a variety of options and the concept of the phone tree emerged. Gosselin became the administrator of this newly and quickly developed program, forming a list of people who live in Raymond and are over the age of 60.

“Approximately 600 people were identified as being over the age of 60,” stated Gosselin. “We then broke the list of people down into 12 separate lists. We have 12 volunteers helping us to make calls so that is about 50 calls per volunteer.”

So far, the initiative is proving successful and those who are being called upon appreciate the fact that someone is concerned enough to check in on them. “Some people have indicated that they are fine and no longer need us to call but some have asked us to keep in touch on a regular basis,” explained Rep. Fay. “So, we call every three days or so to keep in regular contact, making sure all their needs are met.”

Rep. Fay also said that she gets just as much out of volunteering with this phone tree initiative as she hopes it helps others. “I really enjoy talking with people, listening to their stories and helping them connect to resources they might need. I simply love helping others.”

The Maine Council on Aging is also working diligently on the same issue, making sure the elderly are being assisted in a multitude of ways. They advise making calls to your elderly neighbors and shut ins. Rep. Fay uses their advice when she makes her calls. “Instead of asking, ‘I’m going to the store, do you need anything?’ the Council advises you to ask, ‘I am going to CVS/Hannaford/etc…what can I pick up for you?’ Most people do not want to bother others, so by rephrasing the question slightly, it opens the door to a more authentic answer if they really do need something.”

Gosselin reiterated that most people have appreciated receiving the phone calls. “They enjoy knowing that someone really cares about them.”

Willard agreed, adding, “That’s what living in a small town is all about.”