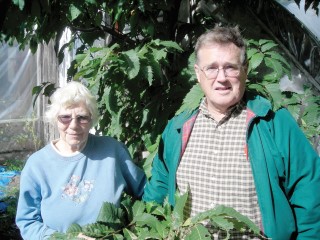 The newly reformed Presumpscot Regional Land Trust will carry on work to help re-establish the classic American chestnut tree. The project was the vision of Windham Land Trust member Norman Forbes prior to the merger of three local land conservation groups this week. Forbes hopes to contribute to the comeback of the stately hardwood tree that dominated eastern forest lands during the 19th century. A fungus introduced on a shipment of Asian chestnut wood in 1904 destroyed over 3 billion of the trees by 1930, rendering the species functionally extinct. When lyricist Mel Torme penned the opening verse of his hugely popular Christmas Song, few Americans had actually experienced “chestnuts roasting on an open fire.”

The majestic trees grew to be 80- to 100-feet tall, lived for up to 400 years, furnished humans and wildlife with tasty and nutritious nuts, and was the source of straight-grained wood in furniture making. The tree, with its long symmetrical branches suspended from a massive trunk was memorialized in the poem The Village Blacksmith by Portland’s Henry Wadsworth Longfellow. 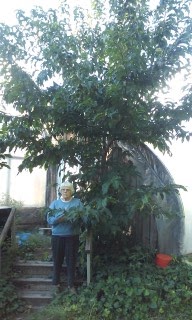 Less than 10 percent of the American chestnut population survives today. Jan Santerre, a forester with Maine’s Department of Agriculture, Conservation and Forestry, said “Though the tree is not common, there are fruiting trees in various locations around the state,” including Augusta, Hebron, Lovell and Atkinson, which has one of the tallest American chestnut trees in the state. Both Santerre and Forbes agree that the smaller trees which re-emerge from root collars rarely survive to produce flowers and seeds.

Because some species of chestnut are unaffected by the fungus, experiments in hybridization seem to hold promise for the creation of a blight resistant strain. The Land Trust will be participating with the American Chestnut Foundation in Virginia, which produces hybrid seedlings for plantings throughout the eastern United States. Forbes says a section of the Land Trust’s Frog Hollow farm property in Gorham may be ideal for re-establishing a stand of American chestnut, though it will take many years to learn whether the trees will grow to maturity.

“It’s good open space with a rolling topography,” said Forbes. He and other volunteers hope to plant the seedlings sometime next spring.

Foresters avoid the question of whether hybridization will bring back the American chestnut. Cross breeding experiments are still in the early stages. The hot chestnuts of our great-grandparents may not re-emerge until the time of our great-grandchildren.


“They still roast chestnuts on the streets of New York City, but they use Chinese chestnuts,” said Santerre. 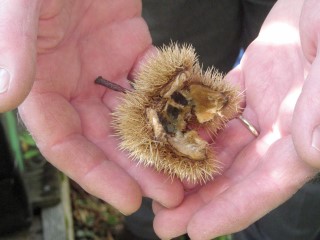 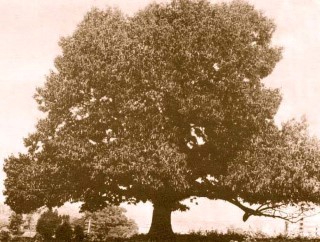