Maine’s economy depends on our infrastructure by Senator Bill Diamond

The strength of our economy and the safety of our people depend on the quality of our infrastructure system, which includes our roads, bridges, ports, railways, and airports. As a result, it is imperative that they are routinely maintained, upgraded and replaced.

While many of Maine’s roads and bridges are in need of some work, I believe this work plan makes smart, strategic investments in the future of Maine’s infrastructure. 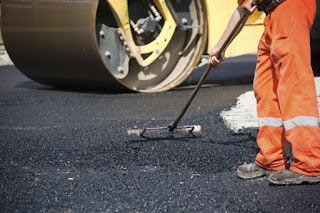 According to the work plan, the Department plans to spend more than $2.3 billion on construction
and maintenance during the next three years, with $511.1 million schedule for more than 600 capital projects in 2018. In total, the plan estimates the Department will invest in 229 miles of highway construction; 1,128 miles of pavement preservation; 1,800 miles of light capital paving for roads and highways; 240 spot and safety improvements; and 260 bridge construction projects.

Throughout my tenure in the State Legislature, I have had the opportunity to serve on the Transportation Committee, which works closely with the Department. I know how hard the Department works to identify and prioritize projects in each district. Safety plays a major role in determining which projects are included in the three-year plan and when they are scheduled. It is a competitive process, so it is fortunate that the Department is making some necessary investments in the district.

In Windham, the Department plans to invest more than $9 million in River Road, which connects the people of North Windham to Westbrook. The project consists primarily of highway reconstruction and rehabilitation on different sections of the road, which will be completed in phases over three years. It also includes a $1.7 million replacement over Colley Wright Brook, which will take place
sometime between 2019 and 2020.

Other major projects include a $2.1 million roundabout construction on Route 25 in Standish, as well as, $1.6 million in highway paving and resurfacing on Route 113. In 2019 and 2020, folks in Casco, Naples, Raymond, and Windham will also benefit from almost $4 million worth of paving on Route 302.

The integrity of Maine’s infrastructure is vital to the viability of our communities and state. It is important that folks in the district are able to get to and from work safely - both our economy and their livelihood depends on it. These projects over the next three years will vastly improve the day-to-day travel of Mainers in our district. I’m pleased with the latest iteration of the department’s work plan and look forward to seeing these projects completed.

As always, I am ready and willing to listen to my constituents. Please feel free to contact me at diamondhollyd@aol.com or (207) 287-1515, if you have questions or comments.

Posted by The Windham Eagle at 8:27 AM