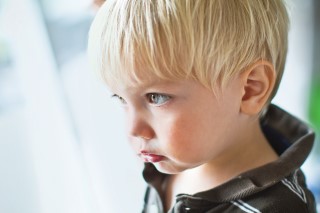 All Maine children deserve to grow up in a safe and nurturing environment. Yet, many of our kids continue to live in physically or emotionally abusive homes that threaten their health and well-being.

With the recent deaths of Kendall Chick and Marissa Kennedy, it is clear that the systems designed to detect child abuse and remove children from harmful situations are letting kids fall through the cracks. And the results are devastating.

The safety of Maine children should be our number one priority in the Legislature. We must take immediate action to improve and strengthen Maine’s child protective system to save the lives of more children.


As a first step, the Legislature’s Government and Oversight Committee, of which I serve, directed the Legislature’s nonpartisan watchdog agency to open an independent investigation into the deaths of these two children and Maine’s child protective system at large. Now, after two months of preliminary investigation, we are starting to get answers.

Earlier this month, the Office of Program and Government Accountability (OPEGA) presented the initial results from the “fact-finding” portion of the investigation before my committee. What they found was pretty alarming. According to the report, there were major failures on the part of the state’s Office of Child and Family Services (OCFS) in at least one of the cases.

In both cases, there were a number of missed opportunities for intervention in several different areas; which means that significant flaws exist throughout the entire system. It also means that there many places where child abuse is going unnoticed or signs of potential abuse are going unaddressed.
I want to know what we’re doing today to make changes and save the lives of more children.

Children were abused yesterday, are being abused today, and will be tomorrow. We cannot afford to wait for the full report to come out and risk more deaths. We must begin acting on what we know now.

Some of the most pressing issues include job performance and inadequate supervision. This is unacceptable. Screw-ups in this field can have lethal results. And that doesn’t just fall on the workers. It is important that the Legislature and the Department of Health and Human Services are providing the necessary funds, staff, and training to ensure these folks can do their jobs.

Another glaring issue identified in OPEGA’s initial report is communication and information sharing. In some cases, it seems that information silos and the lack of sharing obscured the broader picture. We need to make sure the appropriate parties have all the information necessary to detect and prevent instances of child abuse. This is just another issue that could be trapping more children in harmful situations because we are not looking at the full picture.

One area I am particularly concerned about is the mandated reporting system. I fear that the mandated reporting system in this state is very weak, from the training to the protection of the reporter. I think this is a key part of what the investigation should include. If mandated reporters aren’t trained adequately, they may turn around and leave a child in danger because they simply don’t know better.
These are just some of the things that we know. There are still substantial pieces of OPEGA’s investigation that are not public yet, which is deeply unsettling. Fortunately, lawmakers and the Chief Executive are willing to take swift and decisive action to overhaul Maine’s child protective system.

Last week, the Government Oversight Committee held a public hearing to gather input from the public on information pertinent to OPEGA’s investigation. In that public hearing, Gov. Paul LePage appeared before the Committee, where he proposed several changes to the system and gave us his word that he would call us lawmakers in for a special session to do this work.

Although the deaths of Kendall Chick and Marissa Kennedy were unspeakable tragedies, I am grateful for all the individuals willing to participate in the investigation, as well as my colleagues on the Government Oversight Committee and the governor for coming together to do the right thing.

As the investigation moves forward, I promise to keep the good people in our district updated. If you have any questions or concerns, please don’t hesitate to contact me at diamondhollyd@aol.com or (207) 287-1515. I am always ready and willing to hear from my constituents.