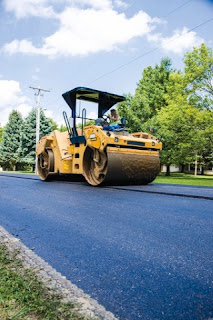 Approximately 15 to 20 individuals whose property is on or abuts Gore Road in Raymond attended the Raymond Board of Selectmen (BOS) meeting on the evening of Tuesday, April 9th to speak on the issue that has been a topic of discussion for over 30 years or more.

Briefly, the first segment of Gore Road starting at the intersection at Webbs Mills Road in Raymond is a publicly accepted town way. As you travel toward Little Sebago Lake, the road becomes a private road, for approximately ¼ of a mile -and then at the Raymond/Gray town line becomes a public road way again in the Town of Gray.

The Town of Raymond currently plows and maintains the public way portion of Gore Road located in Raymond but does not maintain the private portion of the road. The issue is that this section of the road, which is used by Gray residents, is filled with potholes, causing damage to both public and private vehicles. Since the private road is a major connecting point between the two town it has become nearly impassable. Also under consideration is the lack of safety from a patient care standpoint.

The road’s condition is beyond capacity for the private land owners to improve. What makes this private road unique is that it is a thoroughfare, and not a dead end as is the case for most private roads.

Through many discussions between the two towns, public works directors and municipal attorneys, Raymond Town Manager Don Willard has described the proposed resolution as a “creative solution to a unique situation.”

It was stated in an email to Willard from Gray Town Manager, Deborah Cabana that Nathan White, Raymond Public Works Director said Raymond Gore Road can be fixed for $80K to no more than $100K. If the funds were available to Raymond for this purpose, White and his crew will do as much
of the work as he is able and Steve LaVallee (Gray Public Works Director) indicated that he could also provide some equipment and man-power for this project.

The email also stated that Raymond is interested in purchasing the Town of Gray’s hydraulic lifts as well as their 2010 Volvo Wheeler. Instead of purchasing these items from Gray, the Town of Gray could donate these vehicles (with their monetary value) to Raymond to be used towards the funds needed for the repair of the ¼ mile of Gore Road.

The residents in Gray that access their homes via Gore Road who would benefit from this improvement have indicated that they could raise around $25,000.

The Board of Selectmen asked for those present at the BOS meeting to express their thoughts on the proposed solution. The consensus was to move forward, agreeing to pay the portion of funds requested of them (which includes $250 for title work. A few exceptions apply.)

The next step in the process is for Gore Road residents to get a petition signed by all property owners on Gore Road who will be affected by the change. They must have this petition signed by Tuesday, April 23rd where it will be considered at the Board of Selectmen's meeting where discussion on this issue will ensue. Also to be considered by Gore Rode property owners is a signed promissory note (or cash to the Town) to pay for the fees.