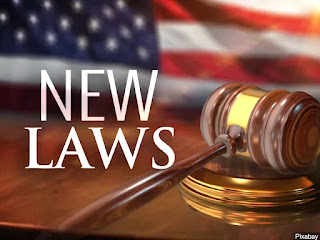 AUGUSTA — A new law sponsored by Senator Bill Diamond, D-Windham, that prioritizes the scheduling of child homicide trials took effect on Monday, Aug. 8. This law will help improve safety for all Maine children by expediting the discovery of key information that led to previous child deaths.

“Often, it’s only when a case goes to trial that we finally learn the details of what went so horribly wrong – and that gives us the power to make change,” said Diamond. “Especially when it’s the safety of Maine kids that is at stake, we can’t afford to wait months or even years to figure out what went wrong. By requesting that the courts prioritize scheduling the trials of child homicide cases, we can act as quickly as possible on the information we learn from these trials so that other kids are better protected. I’m grateful for everyone who worked to make this law, but we must keep pushing forward to make sure all children in Maine are as safe as possible.”

The new law requires the Maine Attorney General to formally request that the courts give priority in scheduling homicide cases in which the victim is younger than 18 years old. Diamond had introduced the bill after learning that, because of a backlog of cases caused by the pandemic, last June’s child death cases would take longer to go to trial than they typically would, thus delaying the revelation of critical information in these cases.

A longtime advocate for reform in Maine’s child welfare system, Senator Diamond highlighted key pieces of information that have been brought to light only when past child murder cases have gone to trial.

For example, the trial in the death of 10-week-old Ethan Henderson, who was killed by his father in May 2012, revealed the failures of mandated reporters to report Ethan’s injuries to the authorities. The trial also revealed that DHHS caseworkers were in Ethan’s home to conduct a welfare check on him just days before his death, but failed to follow through because Ethan was sleeping.

Making failures such as these known has been critical as the Maine Legislature continues seeking to improve Maine’s child welfare system.

All non-emergency laws take effect 90 days after the Legislature adjourns without any future date being designated or unless otherwise specified.