Recently, it was announced in a local press report that Maine’s Department of Corrections (DOC) is planning to construct a women’s pre-release center on the campus of the Maine Correctional Center (MCC) campus in Windham. Many Windham-area residents expressed concerns that the DOC was attempting to unilaterally move forward with a large-scale construction project without the opportunity for public input by our community. Sharing those concerns, I, along with Representatives Bryant and Corey, wrote to the DOC urging them to move swiftly in organizing public forums for the Windham-area community.


I am happy to say that after meeting with the Commissioner of the DOC, he was understanding and apologetic; and, he agreed to delay final decisions on the entire project until there was an opportunity for public comment. To that end, he has scheduled three public meetings: March 18th from 6:00 p.m. to 8:00 p.m. at Maine Correctional Center; March 21st from 10 a.m. to 12:00 p.m. at Windham Town Hall; and March 28th from 10:00 a.m. to 12:00 p.m. at Windham High School.

Public forums are a central component of any project undertaken by a public entity. It’s an opportunity for the public to participate in a conversation about the changes to their community.
There’s no doubt that constructing a $10 million building that houses 78 inmates will create a significant impact on the area. As a former long-time member of the state’s Criminal Justice Committee, I know it is important to provide opportunity for prisoners to gain life skills and further their education before they are reintegrated to the community. But I realize that my experience and knowledge base with criminal justice issues is unique.

So, I encourage each of you to participate in the process--whether it’s just by attending to learn more about the project and more about what MCC does--or coming with your list of questions and concerns. Either way, it is through your involvement, that we ensure our community reflects our preferences. If you can’t make it, please feel free to contact me at diamondhollyd@aol.com or (207) 287-1515 with any feedback or concerns that you may have.

Also, a quick congratulations and thank you to Maine’s Department of Transportation (MDOT) for repairing Babb’s Bridge so quickly and three months ahead of schedule. You may remember, the bridge was damaged by a hit and run driver who caused pretty significant damage. We all appreciate the MDOT’s attention and cooperation.

Posted by Michelle Libby at 1:48 PM No comments: 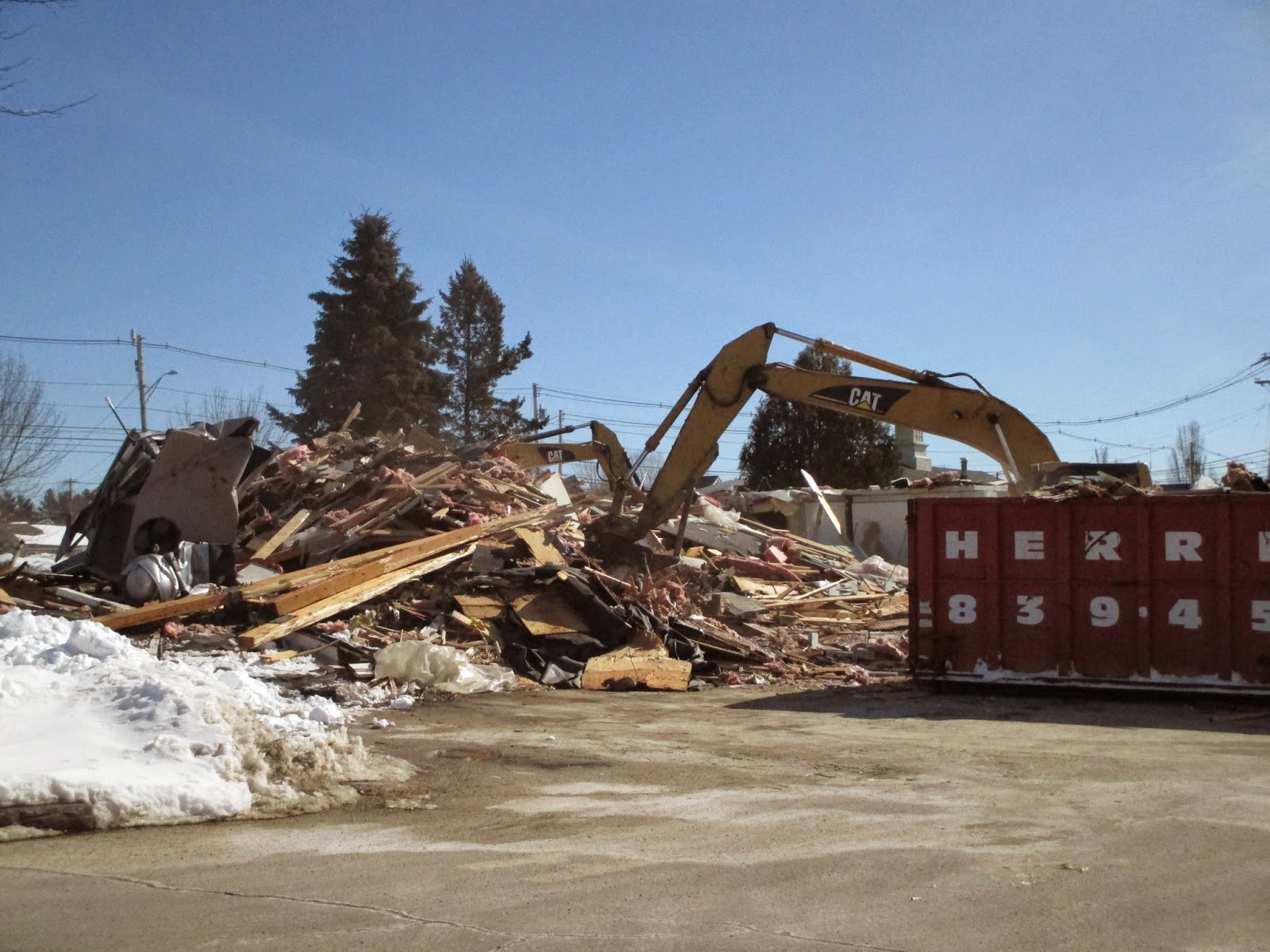 After being vacant for years, The Landing Restaurant was demolished Tuesday, clearing the lot for future use.

The property is owned by Deering Investments Inc. care of John J. Peters, Jr. The building was constructed in 1989 as a Sizzler Restaurant and was converted to The Landing Restaurant in 2005, but later closed. 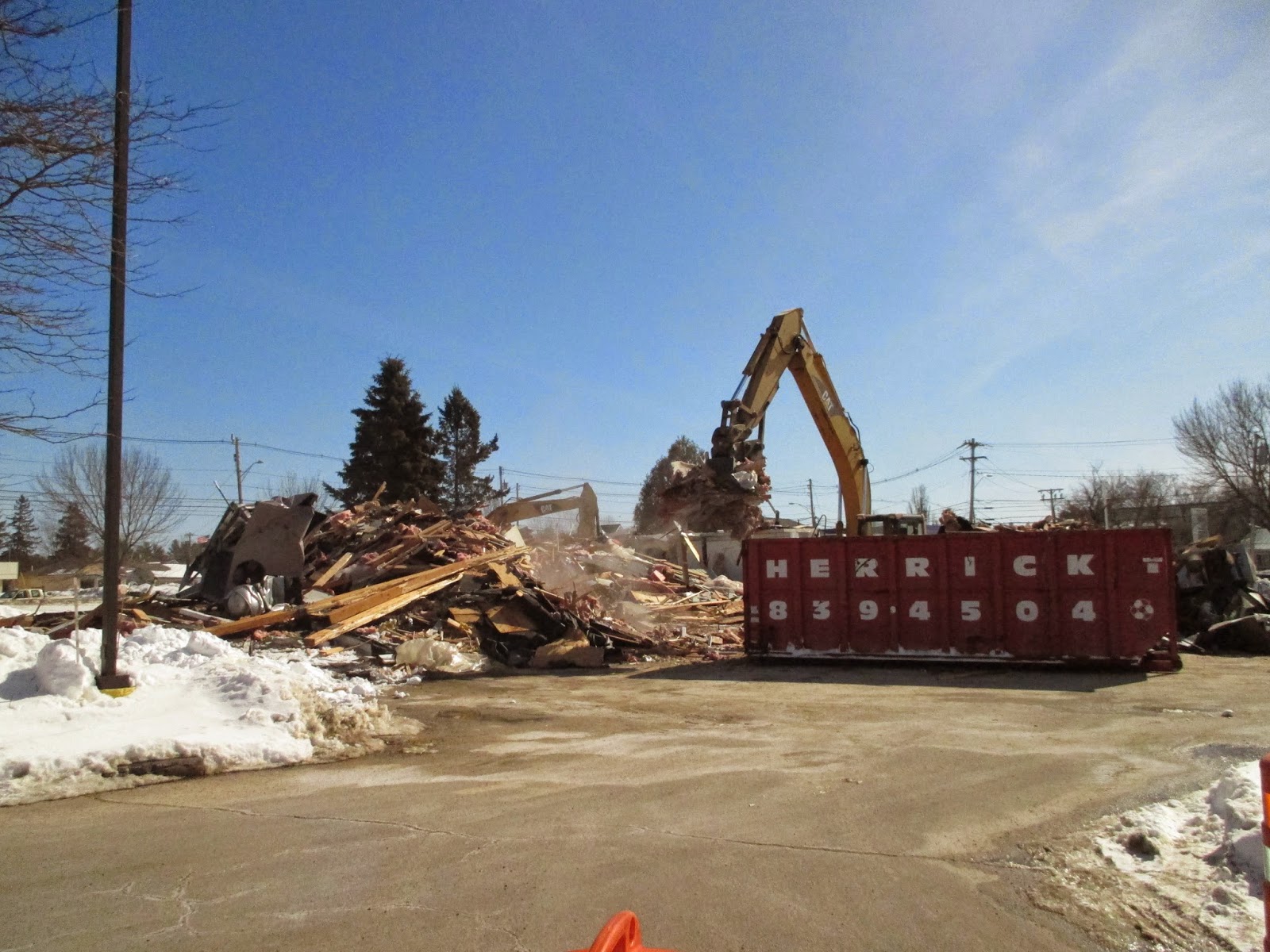 “Nothing is going in right away,” said Windham Economic Development director Tom Bartell. “They couldn’t find a match [for the building],” he said.

Deering Investments Inc. could not be reached for comment. 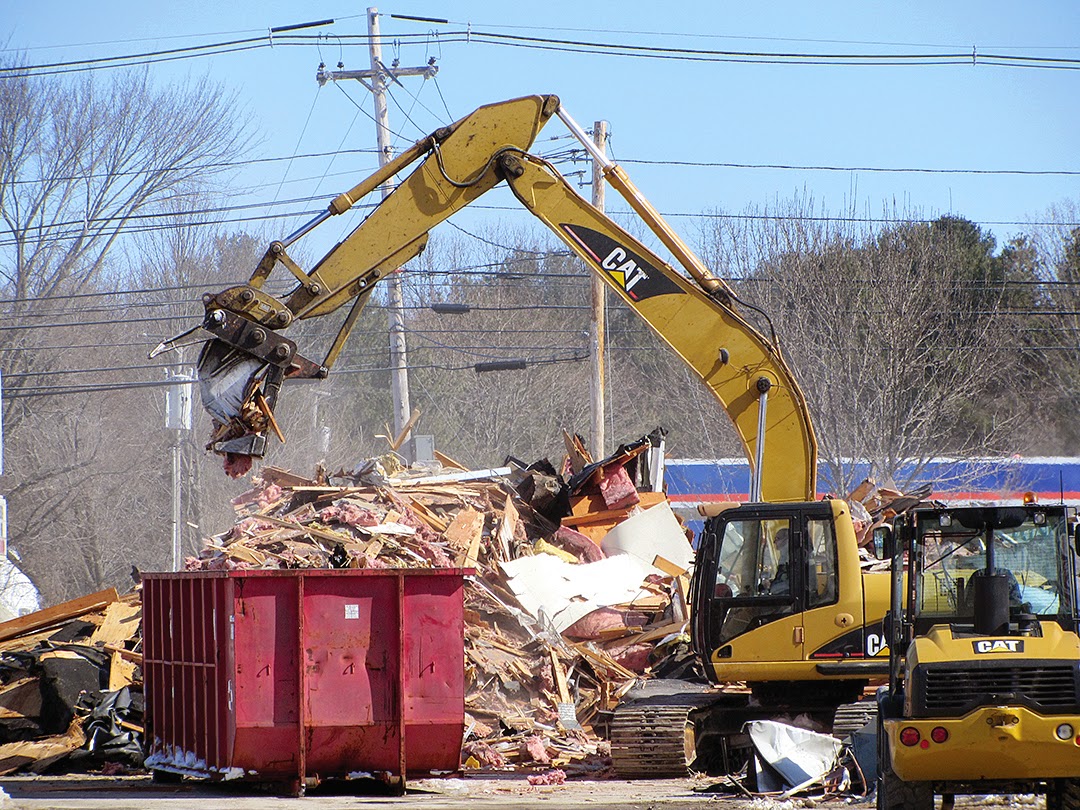 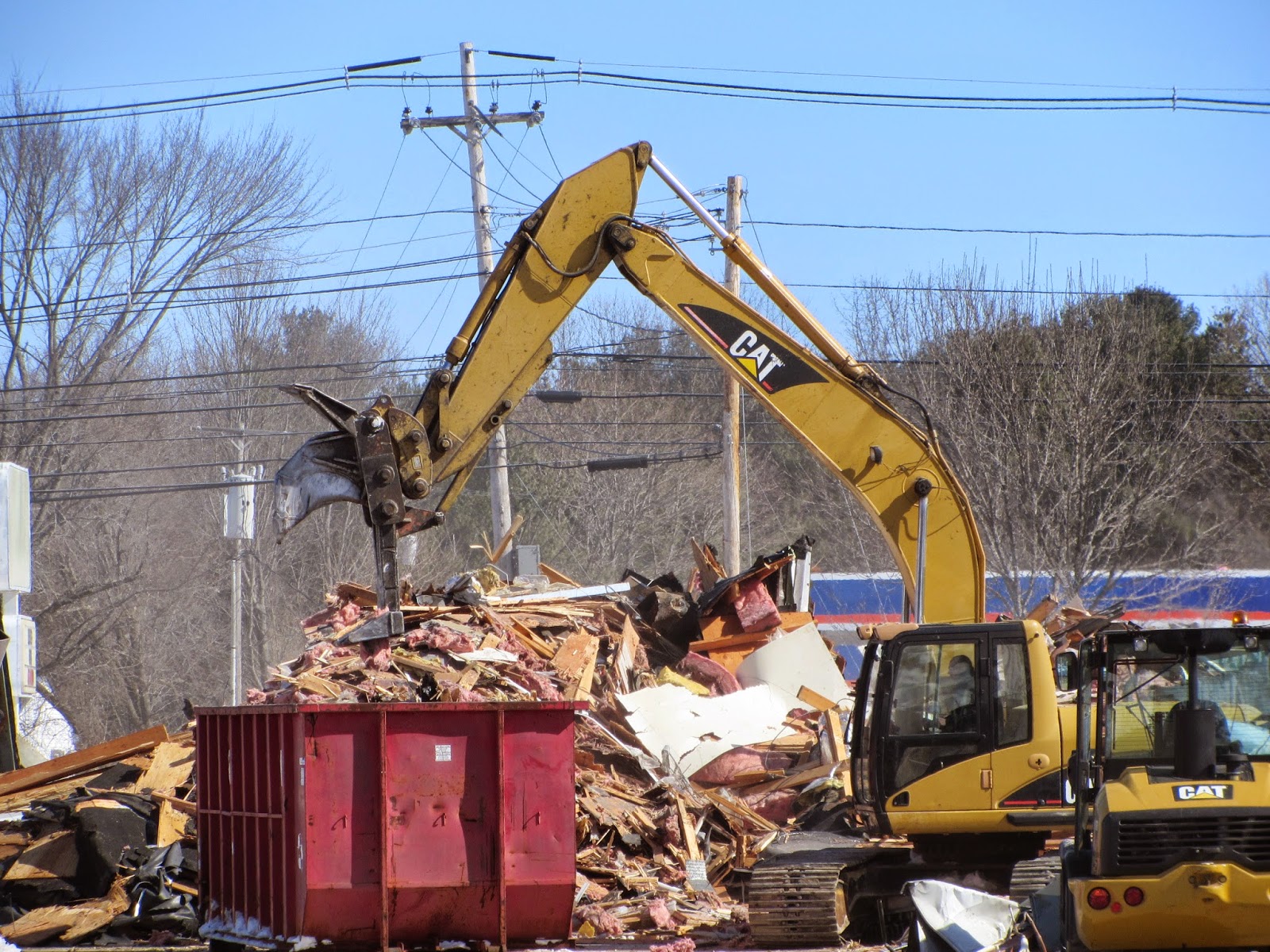 Posted by Michelle Libby at 11:06 AM No comments:


“While the citizens support many things…they also said they want to keep taxes reasonable. That can be a conflicting message” – Joe Bruno, Raymond Select Board

Uplifting was the word Raymond Select Board member Sam Gifford used to describe the results of a recent community survey that found residents to be relatively happy with their quality of life and town services (Survey reveals overall satisfaction in Raymond – The Windham Eagle, Feb. 27). Administered and analyzed in late 2014 by the research and consulting firm Pan Atlantic SMS Group of Portland, the conclusions revealed an overall satisfaction on such matters as police, fire and rescue; public works; trash collection; and town hall and other various departments.

The survey instrument also examined residents’ feelings on taxes, new programs and the possible expansion of current services. Nearly 40 percent of respondents were against any tax increase or did not favor additional services or new projects. However, just over 31 percent indicated they might consider a one or two percent increase for certain additional services, chiefly in the areas of conservation (open space, milfoil eradication), library (expanded funding contribution for the Raymond Village Library), economic development (jobs, expanded economic base), and alternative high speed internet and/or providers (e.g. fiber optics). An additional 23 percent of respondents said they would consider tax hikes above two percent.

Selectman Joe Bruno said the survey shows that citizens are happy with the direction of the town, “but when asked how much of a tax increase (they are) willing to pay, the result didn’t match up with the amount of services wanted. I don’t want to take the survey and use it to justify higher spending, which is a big concern of mine.”

Board member Teresa Sadak said the survey helps show that “the town would like to grow, but (wants to) find inventive ways to keep taxes low.” For Sadak the biggest surprise in the results concerned the degree of unhappiness with the RSU consolidation with Windham, “I knew people were not happy but (the survey) really showed how unhappy.”

Bruno, who chairs a committee looking into the dissolution of the school unit, likewise seemed dismayed at the degree of dissatisfaction saying, “I’m hoping our representatives to the RSU look at that and try to make things better and more equitable for Raymond citizens.” The two towns will vote March 18 on a change to the cost sharing formula used to support schools in the RSU. The current proposal would lessen Raymond’s financial obligation over three years.

John Rand, head of the Raymond Conservation Commission, said he was pleased to hear about the citizen support for open space and other environmental projects, “That’s why people move Raymond,” he said, and added he hopes for continued support of the Raymond Community Forest, a 350 acre forest management project in North Raymond.

Sally Holt, director of the Raymond Village Library, wasn’t too surprised with the survey support for the enhancement of library services. She said she’s been hearing it from patrons for quite some time, and added, “The library should thrive and transition.”

In addition to the overall positive results of the community survey, Select Board member Gifford, who heads the Raymond Revitalization Committee, said he was also pleased to hear the level of support for economic development. He said people need to be aware of the survey results to help influence the long range vitality of the community.

Posted by Michelle Libby at 10:59 AM No comments:


Daniel S. Milliken Quarter Gunner on the USS New Ironsides was award the Nation’s highest military honor, the Medal of Honor, in 1870 for his heroic deeds on the USS New Ironsides during the Battle for Fort Fisher on December 25, 1864 and from Jan 13th through Jan 15th of 1865. After the Civil War, Daniel Milliken married in Aug of 1866 a Raymond girl, Ezelia Edwards, and moved to Raymond, Maine, to become a farmer. It is noted that he was hospitalized in Togus in 1890 and died of consumption in 1899.

Today, Daniel Milliken is remembered with only a simple VA white marble stone in Riverside Cemetery in Raymond, with his name and the date of his death in 1899. Little more. But a lot more is known about Daniel that beguiles the simple setting in the cemetery. A National Medal of Honor Organization (that prefers no publicity) contacted the Town of Raymond a few years back with the thought of recognizing Daniel Milliken for his honored status. The appropriate paperwork was submitted to the VA. Due to changes in submission requirements, the VA did not honor the request.

Now, moving forward to January 2015 when that same organization contacted the Local Field-Allen American Legion Post 148 in Windham (which has many Raymond members) and requested help in recognizing Daniel Milliken and honoring him with an appropriate marker on his grave in Riverside Cemetery. To that end the Field-Allen Post has garnished additional Veterans support from the Local VFW 10643 Post as well as the Windham and Raymond/Casco Historical Societies and the Town of Raymond to honor this request. Plans are in their infancy, but, the following actions will be accomplished with veteran and hopefully local public support:

One: Design and cut an appropriate footstone with an image of the USS New Ironsides (The first US Battleship) and a replication of the Medal of Honor surrounded by information about Daniel and the Battle of Fort Fisher.

Two: hold a suitable public honors and recognition ceremony for this local hero at Riverside Cemetery when the stone is to be installed. 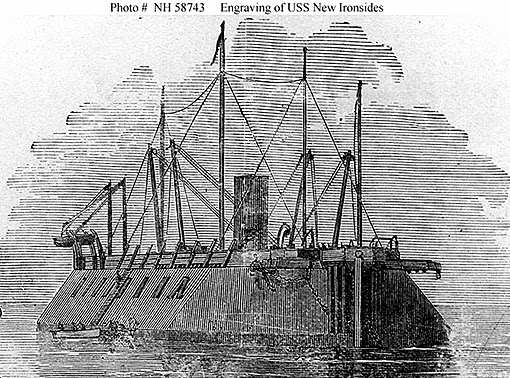 Three: Have a GAR marker installed at the grave to recognize Daniel Milliken as a Civil War Veteran.
Hopefully all this can come together around Memorial Day 2015.

To date over $300.00 has been pledged to meet this goal with several organizations still to donate. The estimated cost for the memorial is $1,200.00. Public donations from the Windham/Raymond area may be made in support of this most worthy project to: American Legion Post 148, PO Box 1776, Windham ME 04062 (Medal of Honor fund) or, see Raymond Town Clerk Sue Look.

Posted by Michelle Libby at 7:51 PM No comments:

Efficiency Maine is an independent trust dedicated to promoting the efficient and cost-effective use of energy in order to save money for Maine residents and businesses, grow the economy and create jobs. For more information, visit www.EfficiencyMaine.com or call 1-866-376-2463.
Posted by Michelle Libby at 11:30 AM No comments: