Making way for progress in South Windham, the former Patsy’s Store once owned by the Meile family was demolished this week. The building located at 9 Main Street had been a blight on the main road for years having trouble with tenants for years and finally in July of 2014 was abandoned. 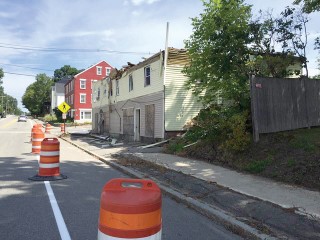 The original building before renovations was a neighborhood store with four apartments above it, according to historical documents. The building was built in 1875. The town owned the property through foreclosure and non-payment of property taxes until it was purchased by Jim Cummings for $26,000 and is expected to be re-developed under the town ordinances. During the February 23rd meeting of the town council, Cummings planned to build a four unit apartment building there. 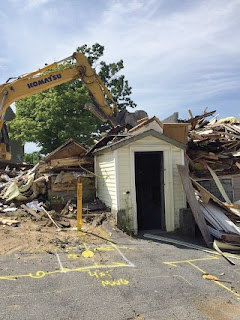 Posted by Michelle Libby at 2:00 AM