Disc golfers from all over New England will converge on the baskets at Bittersweet Ridge, located here, to compete and raise money for the Children’s Miracle Network and Barbara Bush Children’s Hospital during the 6th Annual Children's Miracle Network Disc Golf Fundraiser. The event will take place Jul 22, 2018.

Norris Inc. is a Champion-Level Sponsor for the event that has raised close to $50,000 for the CMN and BBCH during its 5 years at Bittersweet Ridge.

The importance of sponsorship
Asked why these sorts of fund-raising endeavors were so important, Barbara Bush Children’s Hospital Philanthropy Manager Kate Richardson explained it was all about helping the children. “We 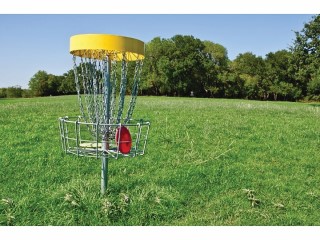 use any money from an event like this to fund additional programs for the kids,” Richardson said. “We use it to provide more advanced equipment and the most state of the art care. It also allows us to provide things like a hospital-based teacher, a music therapy program and therapy dog program.”

Joe Souliere is not just Norris Inc.’s Senior CAD Designer and Project Manager he’s also a disc golf champ in his own right who is participating in the CMN Disc Golf Fundraiser this year for the second time since its inception. Souliere says helping the BBCH and the CMN in this way is a no-brainer.

“Growing the sport and encouraging the next generation of disc golfers are two of the major goals in the disc golf community,” Souliere said. “When we can use that community involvement to help an organization that does so much for children when they need it the most, we leap at it.”

Bittersweet Ridge coordinator Nicole Russell agreed
“The event brought in about 120 people last year,” Russell said. “They were primarily from Maine, but it has drawn a small crew from New Hampshire in the past, as well.” Russell said that she had been sharing the registration information to other state disc golf Facebook pages and knew that they would do well again this year. Last year, the disc golfers who converged on Bittersweet Ridge helped to raise $7,500 and then a corporate sponsor matched it, giving $15,000 to the CMN and BBCH.

Helping to fund improvements
Richardson said that all the money raised from past fund-raiser tournaments has helped the BBCH to implement a whole laundry list of improvements, including the new Angel Two, a dedicated pediatric critical care ambulance.

“In 2016 we fully renovated the pediatric intensive care unit and relocated and redesigned it into a new unit for kids. We have a new pediatric ambulance that was funded by community support, fully equipped with child sized equipment,” Richardson said. “They know when they're doing a transport from one place to another, they have an emergency care unit on wheels.”

Giving back
Ben O’Brion is the event organizer on the disc golf side. He has worked hand-in-hand with the folks at Bittersweet Ridge over the years to be sure the event maximizes the benefits to the CMN and BBCH.

“Being a father of two little girls, 9 and 12, I understand the importance of what CMN and BBCH do for the children and their parents,” he said. “I have witnessed first-hand, with friends of mine and family, the impact they have in providing a wonderful environment for the children and the families that stay with them … I want to be a part of [that].”

Good folks having an impact
Richardson said the impact of the fund raiser event couldn’t be overestimated.

“The group of folks that come out are just the best. They have hearts of gold,” She said. “They’re there to raise money for the kids as much as they are to play a sport that they love. It makes such a difference when people choose to support.”

O’Brion said there were definite plans to keep on and to continue to help wherever they could.
“When the disc golf community sees a need they go full force to satisfy that need and take care of those in it,” He said. “No place I would rather be but with these kinds of people.”

BBCH is the only fully accredited children’s hospital in the state and is home to some of the only pediatric specialists in the state. The BBCH sees on average about 100,000 patient visits a year and serves the eastern most counties in New Hampshire as well. The hospital’s goal is to provide the very best health care for families as close to home as possible. BBCH is located inside Maine Medical Center. The Children’s Miracle Network also has a pretty broad network of specialty and outpatient clinics throughout the state.

Posted by The Windham Eagle at 2:17 PM