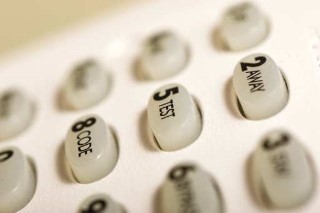 WASHINGTON, D.C. – U.S. Senator Susan Collins, the Chairman of the Senate Aging Committee, is warning of an increasing number of fraudulent telephone calls from people pretending to work for the Social Security Administration (SSA).

The Committee’s toll-free Fraud Hotline has received several reports from people in Maine who say they are receiving calls telling them that their Social Security number is at risk of being deactivated or deleted.

In other instances, the caller will falsely claim that the targeted victim’s Social Security number has been “locked” because it has been linked to a crime. Often, the incoming call is disguised to display the real SSA phone number on caller-ID, making it even more difficult to tell it’s a scam.  The caller will often ask for personal information, such as the victim’s Social Security number or bank account information with the sole intention of stealing his or her identity or money.

The Federal Trade Commission says last year, more than 35,000 Americans reportedly lost $10 million to Social Security imposter scams. The SSA’s Office of Inspector General urges anyone who receives a call from someone claiming to represent the SSA to be cautious, and never give out a Social Security number or bank account information to an unknown caller.  The SSA will never call to threaten someone’s benefits, and Social Security numbers will not be suspended.

“Criminals will stop at nothing to harass, mislead, and steal from trusting Americans,” said Senator Collins. “Anyone who receives a suspicious call should just hang up and contact someone you trust. You can also report the call to our Committee’s toll-free Fraud Hotline, 1-855-303-9470, and an investigator from our office can help.”

Each year, the Senate Aging Committee publishes a Fraud Book detailing the top 10 scams reported to its Hotline.  In 2018, Social Security Impersonation Scams were the eighth-most reported scam.  The book not only details the scams, but also provides tips to avoid falling victim.