New Gloucester’s new town planner, Will Johnston, attended his first meeting with the Economic Development Committee (EDC) at its annual dinner out at Rosanna’s Restaurant on Monday. Although a few of the committee members had met him during the interview process, Johnston took the opportunity to introduce himself and share his credentials. 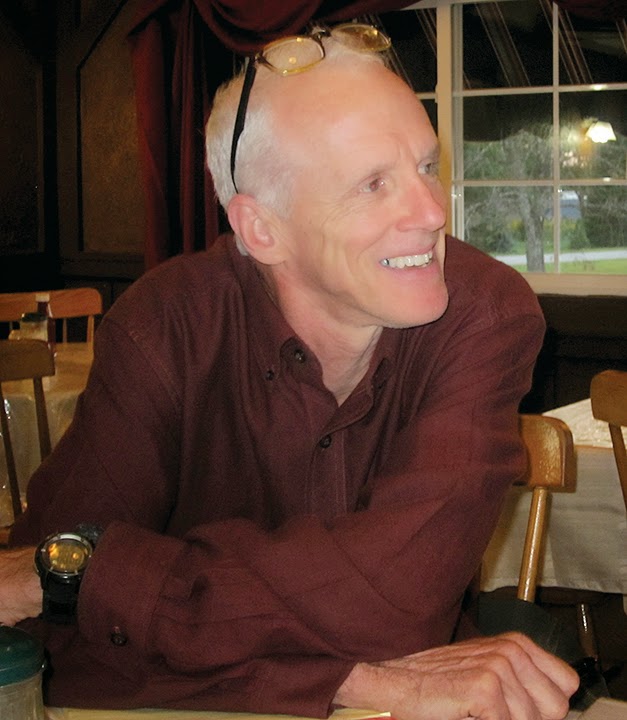 Married with two teenaged children, Johnston lives in Pownal and brings a diverse resume of nearly 30 years experience to New Gloucester. He served as senior planner for the Maine State Planning Office from 2000-2003 and in the middle 80s for the Greater Portland Council of Governments. Johnston has experience from both sides of the grant writing table. Not only has he had several successful grant awards; he has also developed and reviewed various grant applications.

Johnston commented, “While I love my town, I am so impressed with New Gloucester and how active its volunteer committees are. Volunteers are the heart and soul of a community and New Gloucester is lucky to have such a dedicated group. I’m really looking forward to working with you folks!”

After getting acquainted, Johnston asked the group to bring him up to speed on current initiatives. The primary item on the EDC agenda was an upcoming Business Summit with the Town of Gray and the Gray New Gloucester Development Corporation (GNGDC).

All Gray and New Gloucester businesses are invited to the Summit dubbed “Build, Grow, Succeed”. The Spring Meadows Banquet Facility will host the Summit on November 12 at 5 p.m. Key note speakers at the event are Maine Economist Charles Lawton and Governor LePage’s lead economic advisor, John Butera who will discuss the significance of regional branding and some of the resources to municipalities and business to foster economic growth.

In addition to providing staff support to the EDC, Johnston will work with the Planning Board and Land Management Planning Committee (LMPC) toward the town’s vision for the upper village.

Just a week after his official first day with New Gloucester, Johnston explained, “I will be looking very carefully at what work has been done regarding the Upper Village in order to get up to speed. I already see opportunities for the LMPC and EDC to work together toward the overall vision.” He also emphasized a focus to relocate the public works building to allow for improved vehicle and pedestrian access and to create mixed-use investment opportunities in the area. Johnston also shared that his experience with grant funding was an important aspect of his resume when he was hired. He views grants, public funding and creative financing techniques as essential components of any strategy – facilitating needed investments without overly burdening taxpayers.

“I will be working to find such funding opportunities as we further develop the Upper Village vision and look to implement some of the initiatives,” he said.

Johnston can be reached at New Gloucester Town Hall, or via email at wjohnston@newgloucester.com.


Photo caption
Will Johnston getting briefed by the New Gloucester Economic Development Committee about future projects and goals.
Posted by Michelle Libby at 10:09 AM