As a Senator representing the state with our nation’s oldest average age, I am focused on issues that affect our seniors. As Chairman of the Senate Aging Committee, one of my top priorities is improving retirement security for all Americans, a problem that requires both increased public awareness and creative solutions. 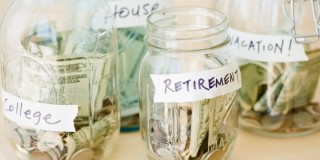 The problem is significant. According to the non-partisan Center for Retirement Research, there is an estimated $7.7 trillion gap between the savings American households need to maintain their standard of living in retirement and what they actually have. A recent Gallup Poll found that only 54 percent of working Americans believe that they will have enough money to live comfortably in retirement. Simply put, far too many Americans do not have the resources they will need to enjoy their “golden years.”

The Social Security Administration’s most recent report noted that 61 percent of all beneficiaries rely on Social Security for more than half of their income. Many seniors in Maine rely almost entirely on Social Security to cover their monthly expenses, despite the fact that the average annual benefit is only about $16,000 per year. It is hard to imagine stretching those dollars far enough to pay the bills – certainly a “comfortable retirement” is out of the question.

There are many reasons why Americans have struggled to save for retirement, including the shift away from employer-based “defined benefit” plans, or pensions; the severity of the recent financial crisis; rising health care costs; the need for expensive long-term care; and most of all, the fact that Americans are living far longer than they did in the past. Many Americans reaching retirement age also have more debt than retirees of previous generations.

Another contributing factor is that employees of small businesses are much less likely to participate in employer-based retirement plans. According to a study by the PEW Charitable Trusts, more than 30 million U.S. workers lack access to a work-based plan to save for retirement.

Making it easier for smaller businesses to offer retirement plans for their workers would make a significant difference in the financial security of many Americans. That is why I recently introduced the bipartisan Retirement Security Act of 2017. This is bipartisan legislation that focuses on reducing the cost and complexity of retirement plans, especially for small businesses, and on encouraging individuals to save more for retirement. Here are a few key provisions of my bill:

First, it would make it easier for businesses to enter into Multiple Employer Plans (MEPs) to offer retirement programs to their employees. MEPs permit small companies to join together to share the administrative burden of a retirement plan, which helps lower costs. Current law discourages the use of MEPs because it requires a connection, or “nexus,” between separate businesses in order to join a MEP, such as membership in the same trade association. My bill would waive the nexus requirement for businesses.

Second, my bill makes joining a MEP a more attractive option for small businesses. Under current law, if one employer in a MEP fails to meet the minimum criteria necessary for retirement plans to obtain tax benefits, all employers and their employees could lose these tax benefits – which are substantial. For employees, these benefits include delaying the taxation of income contributed to a plan until funds are withdrawn – ideally, after retirement when one’s lower level of income would be taxed at a lower rate. For employers, plan disqualification could result in limited deductions and a higher tax burden. My bill would address this uncertainty and protect members of a MEP from the failure of one bad apple to meet its obligations.
Third, my bill would reduce the cost of maintaining a retirement plan. Current law requires that participants in a retirement plan receive a variety of notices. Our bill would direct the Treasury Department to simplify, clarify, and consolidate these required notices to lessen costs.

Fourth, the Retirement Security Act would encourage those still in the workforce to save more for retirement by increasing the employer match of employee contributions to a retirement plan from the current 6 percent of pay to ten percent. Employees would be able to contribute more than ten percent, albeit without an employer match for contributions above ten percent. Businesses that choose to adopt a plan with this new option may face additional costs due to the increased employer match. That is why our bill would also help the smallest businesses – those with fewer than 100 employees – offset this cost by providing a new tax credit equal to the increased match.

It is important to stress that the new retirement plan options for businesses included in my bill are just that – options. No business, large or small, would be required to offer its employees a retirement plan under the Retirement Security Act.

Finally, my bill would ensure that measures to encourage savings are functioning as they were intended. One such measure is the so-called “saver’s credit,” which reduces the tax burden on low-and middle-income individuals who contribute to retirement plans, including IRAs and 401(k) plans. Yet the credit cannot be claimed on a Form 1040EZ, which is frequently used by these individuals. To address this, our bill directs Treasury to make the credit available on Form 1040 EZ.

In my travels throughout Maine, I have heard countless stories of retirees whose savings did not go as far as they anticipated. Giving those not yet at retirement age more opportunities to save, and to save more, would help to strengthen retirement security for millions of Americans.
Posted by The Windham Eagle at 2:00 AM