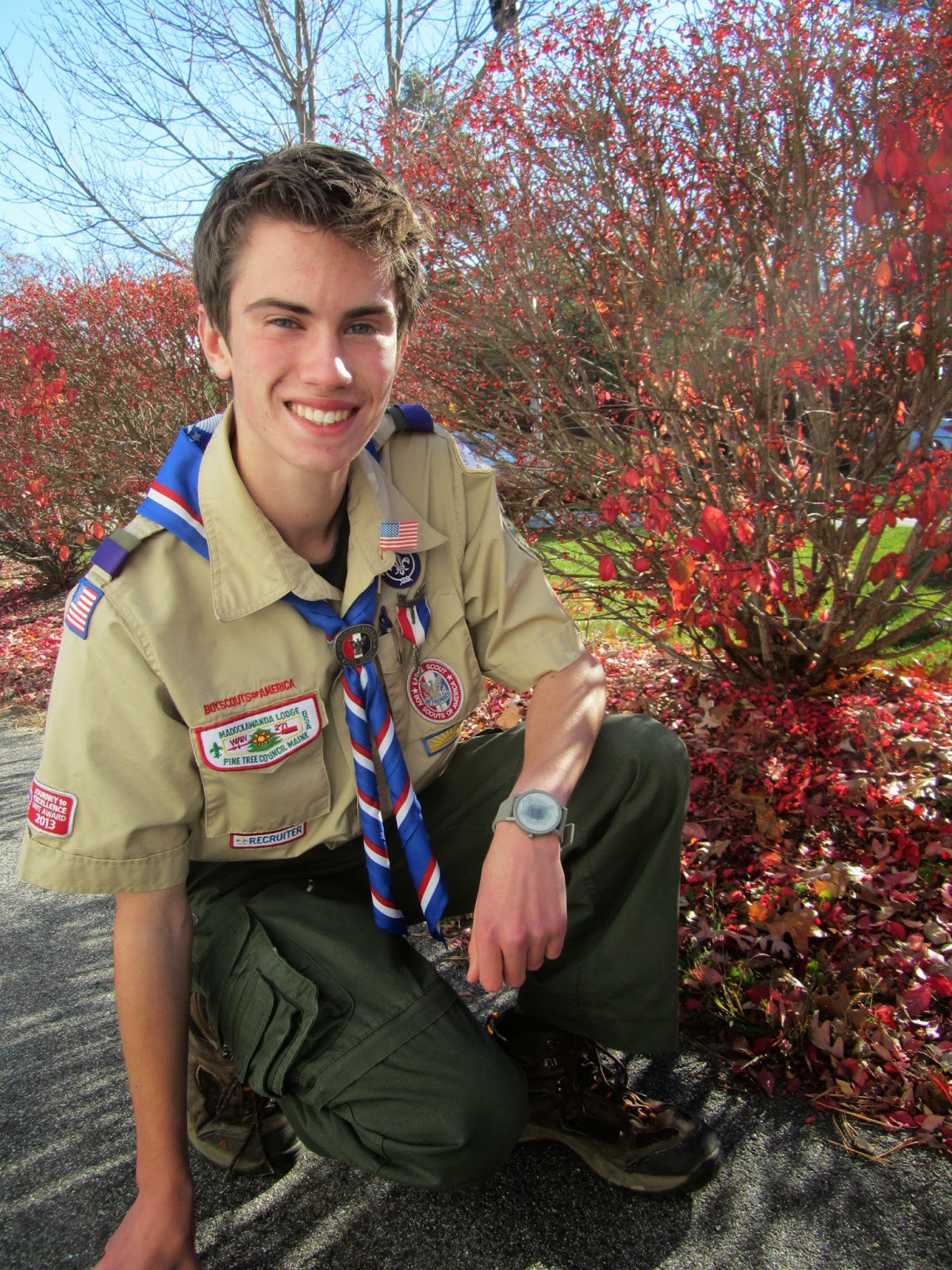 Jaren Preston of Windham held his Eagle Scout ceremony at Camp Hinds in Raymond last week. Preston earned the highest rank in Boy Scouts at the age of 14, a feat not commonly accomplished.

“I feel proud,” Preston said. “I was a Webelos and one night coming out of a meeting I decided I wanted to earn my Eagle before I turned 15.”

Preston and his team built a 112-foot walkway over marshy areas at Donnabeth Lippman Park in Windham as his Eagle project.

Preston is a freshman at Windham High School and is the son of Melissa and Paul Preston.
“It’s awesome to get Eagle. It’s better to set and meet goals,” he concluded.
Posted by Michelle Libby at 9:23 PM